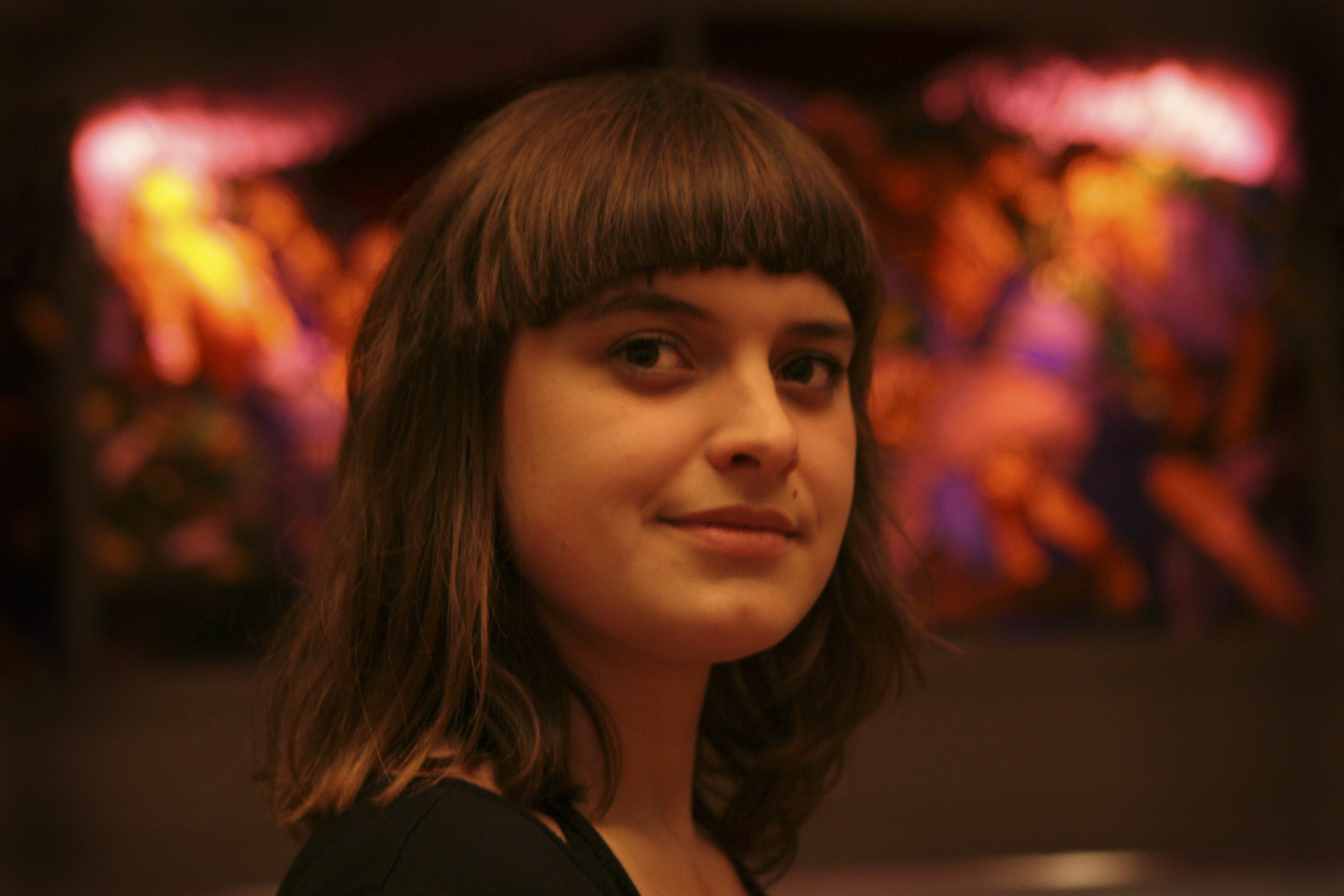 Naomi Kerkhove studied multimedia design at the KASK (School of Fine Arts) in Ghent, Belgium, and develops her work in the border region of comic strip, textile design, performance and film. In her installations and performances she creates a poetic miniature world and the center of which is wonderment. With comic strip material, stitched textiles and animation films she builds strange landscapes in which lost figures wander around. Her work shows great sensitivity to the human condition, in which existential solitude and receptiveness to the beauty of reality go hand in hand.

Next to her own work, Naomi also a member of the Domestic Science Club, which conducts mindblowing experiments during interactive performances, f.e. Big Fat Failed Beginnings (2013).

For Ring she builds an enormous wooden embroidery ring. Children and youngsters from 8 to 12 years collaborate with needle and thread in order to make a work of art together with Naomi. What will be the result, is a mystery to everybody.

In Open Atelier a whole world is conjured up using objects, chalk, or needle and thread. Fascinated by the scenery in a film set, Naomi creates images and constructions from nothing.

In their experimental workshop Gosie Vervloessem, Naomi Kerkhove and Wendy Van Wynsberghe try to answer the question how we can satisfy this cosmical desire while in the meantime our daily duties await. With everyday material they cook, blend, mix, scrape and squeeze tsunami's, volcano eruptions and earth quakes together.

With Forest Fruit Kerkhove assembles elements out of old and recent work, touring the audience around a world that reminds us of a workshop and a playroom, towards a place where your own imagination becomes tangible.

In 2010, multimedia designer Naomi Kerkhove astonished her audience with White Out, a black and white miniature world stitched together with a sewing-machine, in which people, houses, trees and streets were brought to life in thread. With the help of an old surveillance camera and an unsettling soundscape, the amazing little town became the setting for an intriguing road movie. Dark, disorientating, but as clear as the night.

With Fourre Tout, Naomi Kerkhove produces tangible textile drawings. Seated behind her sewing-machine she continues an endless banner where shapes, traces and thoughts are conjoined.

In 2010 Naomi Kerkhove astonished with White Out, a black and white miniature world stitched together with a sewing-machine in which people, houses, trees and streets are brought to life in thread.