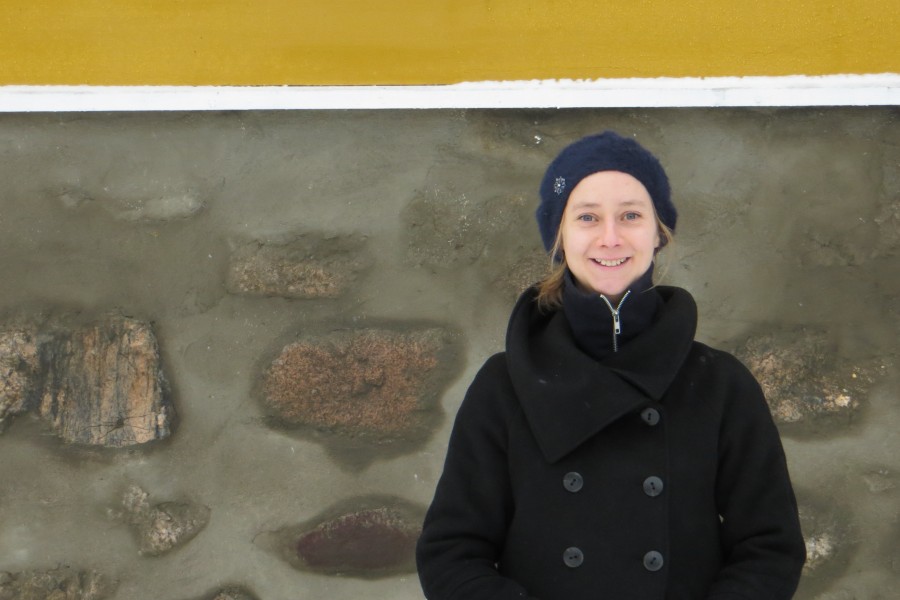 Nada Gambier (1980, Finland) studied dance in The Place in London and P.A.R.T.S. in Brussels. Her first solo Fragments of ReMembering but Forcing to Forget was shown as part of Parts@Tour in Belgium, Slovenia and Portugal. In 2002 she received a fund of the Arts Council of Finland to participate in the Danceweb program of the Impulstanz Festival in Vienna. With her solo Confessions – The autopsy of a performance (2003) she toured throughout Europe. She participated in the creation Beginnings/Endings of Charlotte Vanden Eynde in 2005.

After the premiere of her new performance Act of living – Catalogue of failure in October 2006, she worked on What’s Wrong?, the new creation of Christian Duarte, Peter Fol and Shani Granot, which premiered in 2007 in Monty (Antwerp). Then she performed in Point Blank van Edit Kaldor. In 2008 she created Once upon a time in Petaouchnok.

Nada Gambier had in collaboration with wpZimmer an artistic trajectory from 2003 until 2009.

Once upon a time in Petaouchnok is about ordinary people and lives. 8 individuals coming from different backgrounds and professions share their fears, desires and hopes.

In Act of Living- Catalogue of Failure Nada Gambier, Ugo Dehaes and Kwint Manshoven embark on a journey trying hard to connect with each other, only to realize that in life we remain utterly alone.

Confessions – the Autopsy of a Performance (2003)

Confessions – the Autopsy of a Performance is an investigation on the nature of presence on stage, the status of reality in this context and the dynamics of the construct; performer-audience- and the stage that keeps them apart.

What remains? What did they not see or hear? Which stories do they remember and want to share?

Monstrous Encounters of Clowns - An attempt to swallow the world (group creation) concludes a two-year research on topics from contemporary life in which brutality and violence rub against superficiality, the ridiculous and the humorous.

Monstrous encounters of clowns – An attempt to swallow the world (2014)

Monstrous encounters of clowns - An attempt to swallow the world is a two year project by Nada Gambier in which she will work on the friction between the comic and the brutal in various aspects of life today.