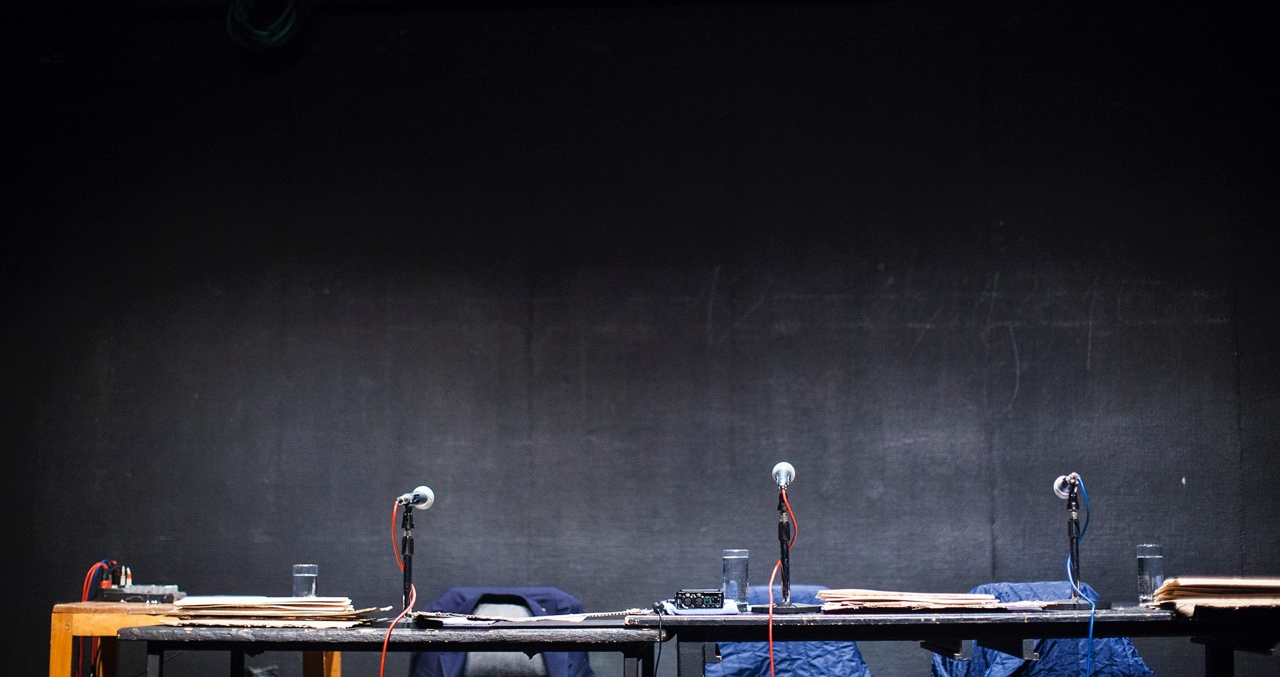 The Voice of a City

The Voice of a City is Nada Gambier’s newest work developed in collaboration with Mark Etchells (UK) and Thomas Kasebacher (AT).

Since April 2017 they have travelled to several cities in Europe (Tbilisi, Athens, Kortrijk, Mynämäki, Bradiford, Lille, Armentières….) conducting conversations with local inhabitants around, among others, the topics of change and belonging. In wpZimmer they will be working on the performance part of the project.

The performance will bring together different elements from the process with the aim of constructing a negative space of it. Not negative as opposed to positive but negative as in the notion of a mark, a trace of something that has been. During their residency they will explore the performativity of the material collected and created so far and consider the after effects of going through their journey. What remains? What did they not see or hear? Which stories do they remember and want to share?

Which questions remain? They intend to play with timelines, freely mix fact and fiction and do their utter best to be confused in a clear and coherent way.

The performance will premiere in the spring 2019. Apart from the stage work the project will also culminate in the publication of a book and an exhibition that will go on tour from next year onwards.

1980 ◊ FI, BE
www.nadagambier.be
Nada Gambier (1980, Finland) studied dance in The Place in London and P.A.R.T.S. in Brussels. Her first solo Fragments of ReMembering but Forcing to Forget was shown as part of Parts@Tour in Belgium, Slovenia and Portugal. In 2002 she received a fund of the Arts Council of Finland to participate in the Danceweb program of the Impulstanz Festival in Vienna. With her solo Confessions - The autopsy of a performance (2003) she toured throughout Europe. She participated in the creation Beginnings/Endings of Charlotte Vanden Eynde in 2005.

After the premiere of her new performance Act of living - Catalogue of failure in October 2006, she worked on What’s Wrong?, the new creation of Christian Duarte, Peter Fol and Shani Granot, which premiered in 2007 in Monty (Antwerp). Then she performed in Point Blank van Edit Kaldor. In 2008 she created Once upon a time in Petaouchnok.

Nada Gambier had in collaboration with wpZimmer an artistic trajectory from 2003 until 2009.