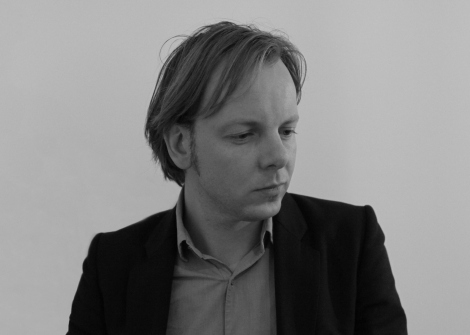 In 2006 Karl Van Welden initiated United Planets, a cycle of visual and performative work based on terrestrial or human presence in the universe. How does ʻlittleʼ humankind relate to the immensity of the universe? Using the planets in our solar system as anchorage; he searches for artistic answers to this crucial question, with a predilection for silenced movement and architectural forms.

As an atmospheric backdrop, each planet represents another series of projects. The same planet can take on different shapes and the research doesn’t come to a halt with its first public exposure. Every planet contains a series of projects within which the same theme and form are further explored in-depth. Utilizing different disciplines and depending on content Van Welden chooses a suitable form. He often works in situ. Unusual locations can in that sense fulfil an important role as active partner and source of inspiration.

In 2011 Van Welden created SATURN, a series of performance-installations focusing on themes such as distance, intimacy, infinity, control and power in relation to the contemporary landscape. The site-specific project SATURN I – landscape explores the shaping powers of a natural landscape and has been developed parallel to SATURN II – cityscape, an installation for urban landscape. SATURN III – townscape highlights a rural environment.

The musical performance MARS II premiered in December 2015 at Vooruit. The MARS series focuses on human resistance against great physical forces. The series started with IMAGES FOR MARS I, a video work in which two soldiers slowly lean into each other, their feet held in a layer of concrete. The source of inspiration for the musical performance MARS II is our view on catastrophes. Van Welden investigates the impact of a rain of ash on music, and on the pianist performing the music on stage. This theme of our catastrophic thinking continues in the closure of this chapter IMAGES FOR MARS II, a life-sized video work which visualizes the threefold structure (before, during and after the catastrophe).

The other work is smaller in scale but covers more or less the same thematic approach as the performative work. It comprises drawings, paintings, installations, interventions, video and three-dimensional works, which can act as reflections, preliminary studies, but could just as easily exist autonomously or be combined into one work. Whether sound or image with these works Karl Van Welden also explores multilayeredness, balancing between autonomous poetics and subtle references to social or political themes. A Fall presents a disaster scenario for a single object. A self-made vinyl record spins on a turntable in a closed display. A rain of ash slowly descends, turning the whole scene dark grey, until the music and movement eventually come to a halt. What remains is a fragile, purposeless object in a monochrome landscape. The installation Column continues this exploration of volcanoes and the consequences of eruption. A wooden sculpture suspended in the air trembles due to various low-frequency sound waves, producing a column of ash. Every edition of the installation uses self-composed sounds, honouring a specific eruption. In the intervention and video work Homo Bulla a bubble appears at irregular intervals, floating through public space until it bursts and goes up in smoke. A small, fragile and elusive event which elicits a poetic sight amid daily life.

In the video work IMAGES FOR MARS II the artist investigates the effect of a disaster on the human body.

In the intervention and video-diptych Homo Bulla a bubble appears on irregular moments, floating through Venice and Hong Kong during the Biennale and Art Basel Hong Kong.

MARS II - the vinyl contains the music composed for MARS II, the performance.

In the installation Column Karl Van Welden continues his exploration of volcanoes and the consequences of an eruption.

MARS II is a poetic account of the impact of catastrophes on our thinking. These days ecological disasters, economic crises and terrorist attacks seem to be constantly hanging over our heads. In its obsession with risk, modern-day Western society has sometimes been described as a ‘risk society’, largely organized around preventing risk.

In A FALL, Karl van Welden stages a disaster scenario for a single object.

SATURN is a series of performance installations, focusing on themes such as distance, intimacy, infinity, control and power in relation to the contemporary landscape.

A video work in which two soldiers from the Belgian army slowly lean into each other, their feet held in a layer of concrete.

A pianist plays his composition while a sculpture made of felt descends from above over the scene. The shape of the pianist and the contours of his piano partly determine the look and shape of the felt fabric.