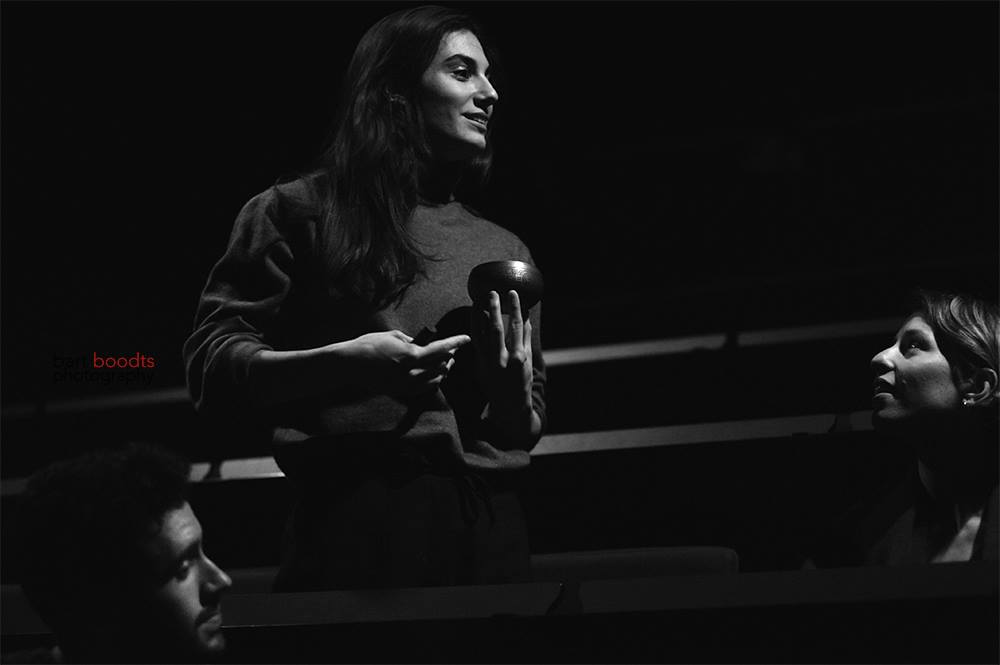 Born in Torino, Italy in 1993, Francesca is a performer and choreographer based in Leuven, Belgium. She has been working for Voetvolk/Lisbeth Gruwez since 2017: currently as a rehearsal director and assistant for Into
the Open (premiere February 2022) and she’s previously performing in The Sea Within, which premiered in 2018.

Since 2019 Francesca is a Trajectory Artist at wpZimmer in Antwerp.
JARDIN POILU, her first purely choreographic creation has premiered in September 2020 in C-Mine, Genk and was performed during Love At First Sight in Antwerp. The concept of the piece was pitched during the Roel
Verniers Price in 2017 in the context of het TheaterFestival in Brussels.
After pursuing her studies in contemporary dance in Torino and in Paris, she moved to Belgium where she attended the Royal Conservatory of Antwerp, graduating in 2017.

Her education has always intertwined with creative working projects as well as personal choreographic creations: in Paris she performed for Corinne Lanselle in the choreographic concert Room 83 (2013). She composed in 2014 her first solo PRIMARI, presented in different festivals in Europe: SOLOCOREOGRAFICO, Turin (IT), IX FESTIVAL INTERNACIONAL DE SOLOS DE DANçA CONTEMPORANEA, Lisbon (P), DANCE FESTIVAL INGOLSTADT 2014, Ingolstadt, (D). She then joined Batucada, from Marcelo Evelin, performed in the Kunstenfestivaldesarts 2014. In 2015 she joined the project Atlante del Gesto from Virgilio Sieni Company, performed in the Prada Foundation in Milano (IT). In 2016 she composed her second solo AMARYLLIS, finalist of the BCDC Brussels Contemporary Dance Competition.

A white garden of memory.

JARDIN POILU is an interactive dance piece inspired by the landscape of the Arctic tundra.