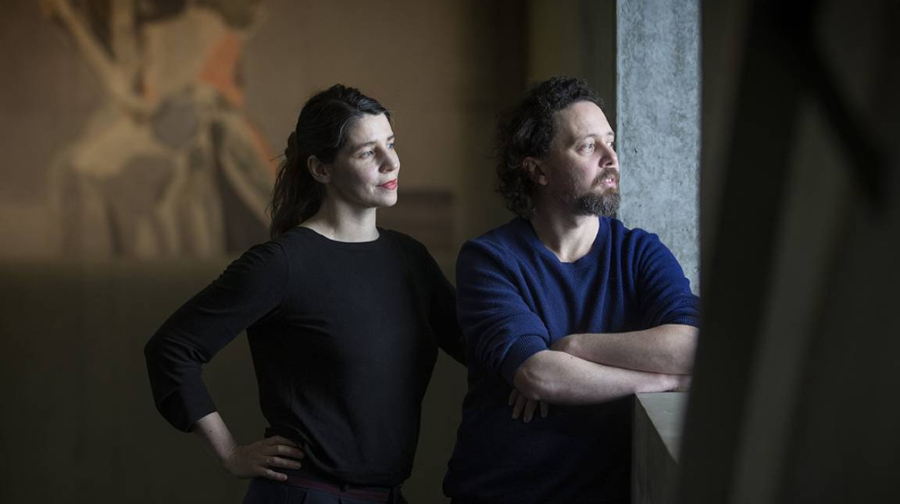 Etienne Guilloteau has graduated in 2002 from P.A.R.T.S. with his solo Love me two times, which toured internationally. He immediately started his collaboration with wpZimmer, where he made the duets Skènè (2004), with Claire Croizé, and La Magnificenza (2006), performed with dancer Vincent Dunoyer and with Hans Meijer, who would become his regular light designer.

Guilloteau explores in his work the different meanings of movement, but moreover the specific relation between the scene and the spectator, who is called upon to complete the proposed images and even to make them more intimate and personal with his/her imagination.

Etienne Guilloteau completed an artistic trajectory with wpZimmer from 2003 until 2009. Since 2009 his work is presented by the organisation Action Scénique, together with the performances of Claire Croizé and Nada Gambier.

In Dido, Claire Croizé and Etienne Guilloteau explore how a story about love (or a lack thereof) can be told without narrative structure.

In his duet La Magnificenza, Etienne Guilloteau creates an unconstrained choreography without any guiding dramatic composition.

Skènè starts from the idea that people play games to grasp the space that surrounds us, to organize it so that it will never escape us.

Love me two times demonstrates the wavering relationship between the memory of a body and that very body, especially when the face is taken out of consideration.

Mer- is a piece for five dancers and five singers, built on songs around death, sorrow and pain from the Renaissance period.