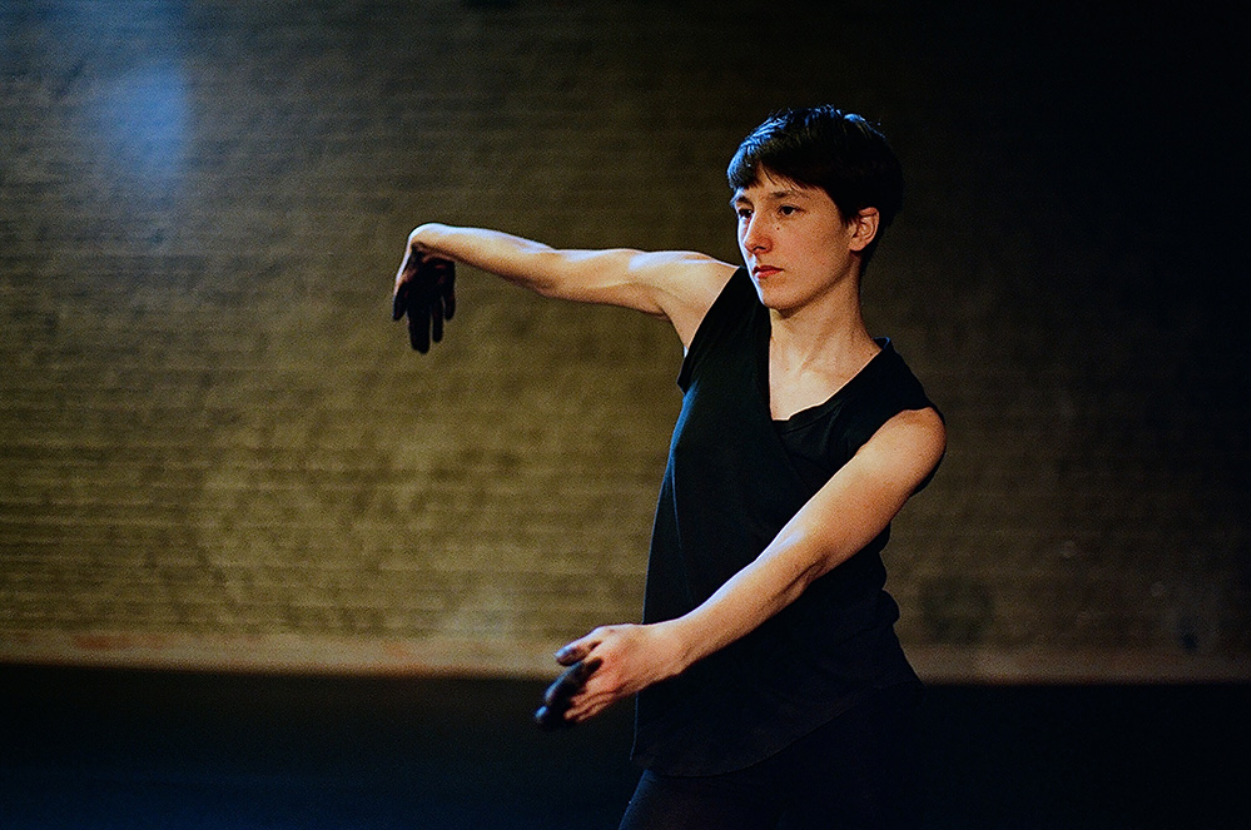 Cecilia Lisa Eliceche (1986), sometimes known as Quilomba Yupanki, is a dancer, choreographer, dance advocate and bruja born in east Wallmapu terrority, known today as south Argentina. Her heart and feet are rooted in the territories of Abya Yala where she became who she is. She’s eternally thankful to her mum, dad and sister: Maite Eliceche, Maite Lisa and Cesar Ruben Lisa, for their love.

Her institutional dance education started in the local public free dance conservatory of Bahia Blanca. She has been fed by learning and dancing various popular dances such as cumbia, tango, milonga and danzas vascas.  At the age of 18 she moved to Brussels to study 4 years in the Training and Research Cycles at P.A.R.T.S., the school of Anne Teresa de Keersmaeker. In between she was invited as a guest student to Movement Research in NYC.

She trained in Capoeira Angola with Mestra Ritinha from 2017 until her passing in 2019. As a dancer she has performed for DD Dorvillier, Claire Croize, Etienne Guilloteau, Eleanor Bauer. With Heather Kravas she has been working for more than 10 years.  She is assistant to ballet master Janet Paneta. She has collaborated with Natalia Martirena, Ayelen Parolin and Manon Santkin.

In 2017, she received a Master in Choreography from DAS in Amsterdam. She graduated with her Conjuration “Caribbean Thinkers for a New Europe” with the excellent guests and collaborators Teresa Maria Diaz Nerio, Nadia Ellis, Gloria Wekker, Quinsy Gario, Leandro Nerefuh and Jennifer Tosch. She has been twice invited as a guest researcher in the English Department at UC Berkeley by professor Nadia Ellis to study Black, Caribbean studies and Post-Colonial theory.

In 2014 Carine Meulders invited her to be an artist in residence at wpZimmer, where Cecilia continues to this date.

Currently, she is based between Salvador de Bahia and Brussels and, together with Leandro Nerefuh, has devoted the past year and coming ones to dive in the deep waters of Ayiti.

Note for theatres and others: for a shorter version of Cecilia’s bio please contact wpZimmer.

Together and thanks to many great collaborators Cecilia and Leandro will make a work in honor of Ayiti, its richness, its dances, and its divine inhabitants. An homage to the island in the form of a dance poem.

Dance Offerings function as medium, act of rebellion and celebration of the body.

With Unison Cecilia Lisa Eliceche works with one of the most compelling concepts in choreography: the simultaneous execution of the same movement by several people. But what does the idea of unison actually suggest?

Since 2012 Cecilia Lisa Eliceche has been working on a continuous series entitled Dance Concerts in which she explores a choreographic or political theme during a two-week residency and then arranges a try-out.

During their residency in wpZimmer they work on the choreography and scenography of Haiti o Ayiti.

The sun and its images are often used and associated with narratives of progress and productivity. They create what is defined as a solar capitalism, an attempt to take hold of the solar myth.