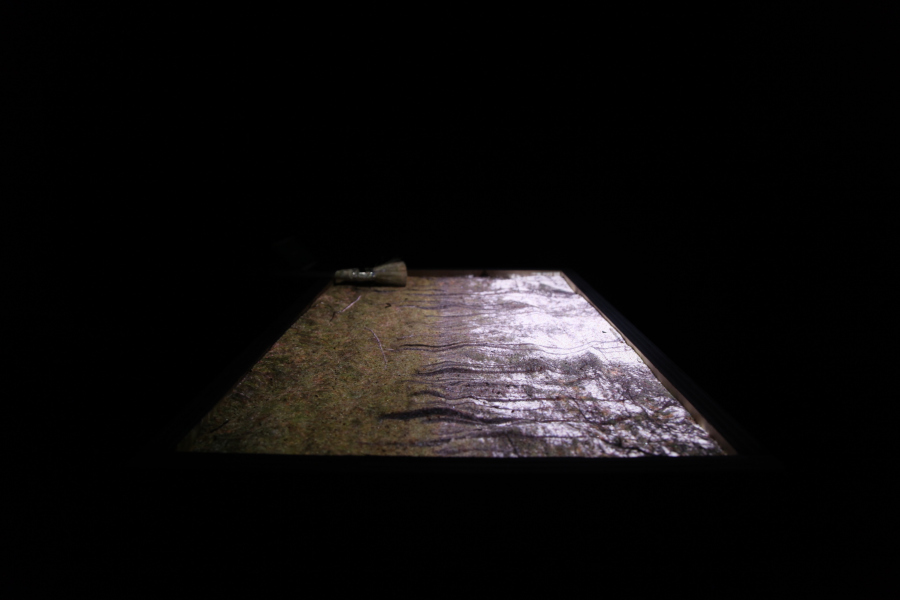 The periphery is a territory that escapes definition. Even if we all want to belong to the centre, our real way of being expresses itself through the strangeness and precarity of what exits around it.

The Better Life is a project guided by the idea that something is lacking or absent in most of the things we do. The essence of life – the ‘ideal’ or the ‘finality’ of things – only seems to exist at a certain distance from where we are, as a desire for something we do not have, as if everything around it only exists as incomplete. As such The Better Life is an exercise in imagining this ideal sense of the ‘ever distant better’, ‘prettier’ and ‘clearer’, but also a confrontation with this element of the ‘unfulfilled’, the damaged and the fragile, of those things that are not completed enough to belong to the centre.

As a performative installation The Better Life investigates the potential of the periphery of the stage-arts. One of the primary goals of this site specific project for monumental spaces is to establish a performative minimalism using light and sound as autonomous signifiers. Within this autonomy the installation evokes a series of minimal yet sensual nuances and variations in our direct experience of the surrounding space, generating a heightened awareness of our existing patterns of perception. Emphasizing this collective experience that only refers to itself, The Better Life looks for a new shared space for the audience and the performer. In a contemporary ritual where human presence can dissapear and reappear, the material and the immaterial, the concrete and the virtual, presence and absence constantly redefine eachother.

A first showing of the project was held at the Working Title Platform #06 in Brussels in June 2013. The Better Life premiered at the Contour biennal for video art in Mechelen in November 2013.