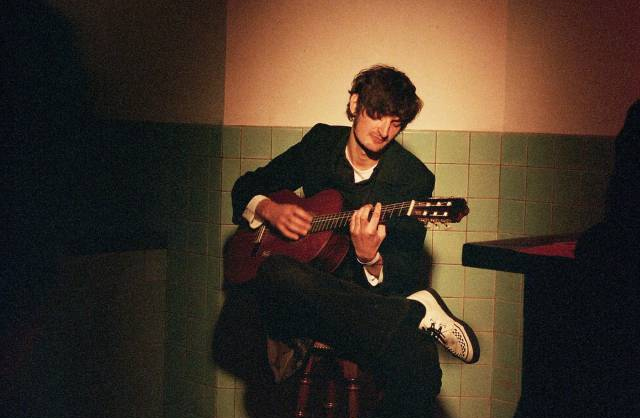 Niko Hafkenscheid studied philosophy and works as a writer, musician and composer for film and performance art. In 2007 Niko started working with Meg Stuart/Damaged Goods and made and performed the music of the critically acclaimed production Maybe Forever, which toured for over four years.

Meanwhile Niko started making his own performance work, where music counts as a central performative element. Together with the Spanish performers Coral Ortega and Sara Sampelayo he created My name is… (2009) and In this case…rather not (2011), produced by Beursschouwburg, nOna and DT Espacio Escénico Madrid.

In 2010 he started working with Kabinet K. and created the music for Unfold (2010) and I See You (2012). Unfold was selected for the Theaterfestival. The performative installation The Better Life premiered at the Contour biennal for video art in Mechelen in November 2013.

As a performative installation The Better Life investigates the potential of the periphery of the stage-arts. One of the primary goals of this site specific project for monumental spaces is to establish a performative minimalism using light and sound as autonomous signifiers.