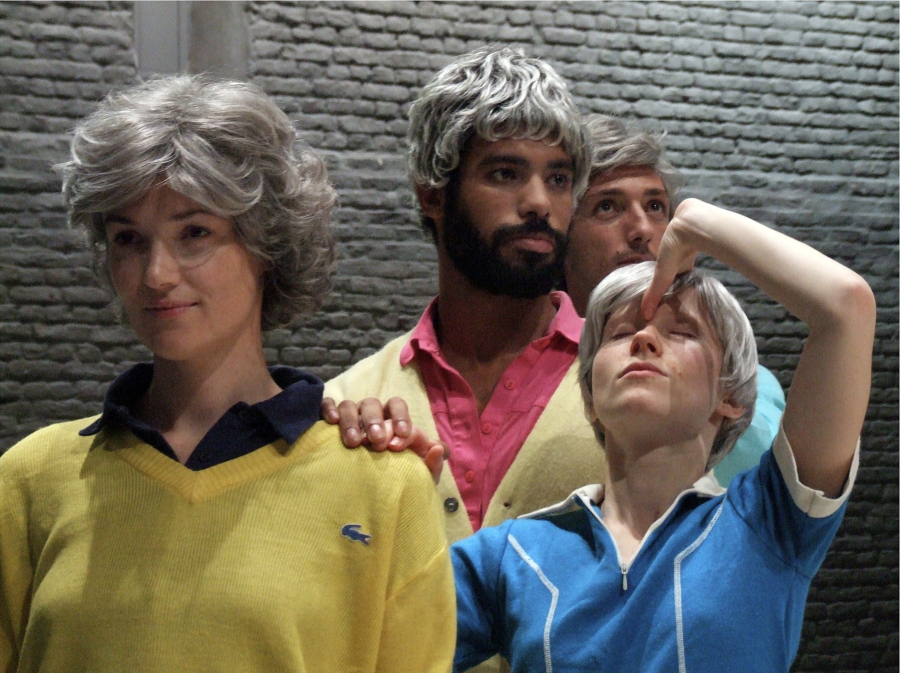 Second Life presents the idea/l of a utopic community in two parts. The first, the virtual world of online communities such as Second Life, and the second a kind of futuristic retirement community, populated by elderly amateur performers 70 years and older.

The performance takes off from the consideration that the real world utopias (cruise ships, artificial private islands, gated communities) and those of the virtual worlds, exist on two sides of an ever-disappearing interface- where the real becomes more virtual, and the virtual more and more real. Whereas the first is primarily directed towards the elderly, the latter owes its existence to young gamers.

The question becomes what kind of utopia society is ultimately in the process of creating – do we hope for an extension or an alienation from embodiment, do we hope to imagine a whole new body or just to escape the realities of the one we have?