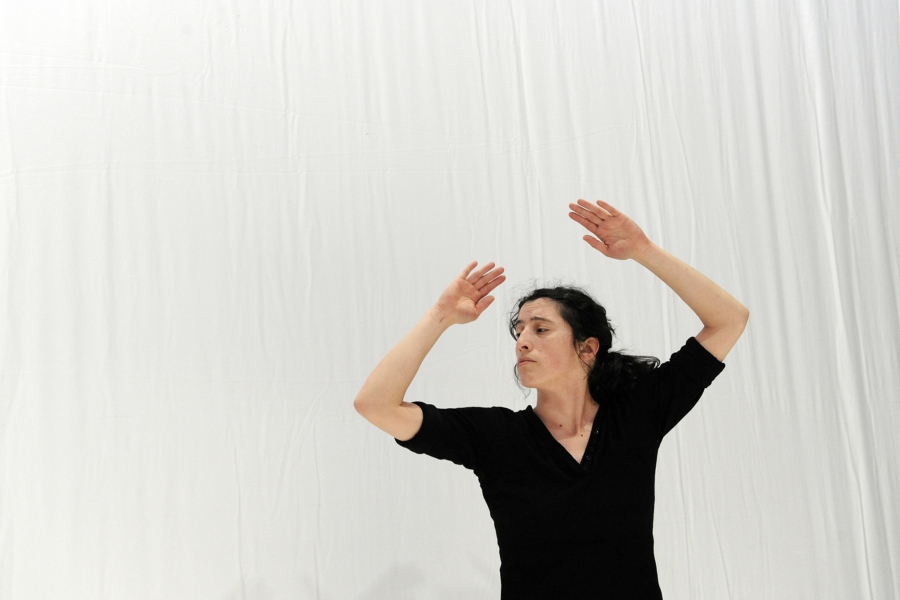 Varinia Canto Vila followed a dance training at the Universidad de Chile before moving on to P.A.R.T.S. in Brussels. She has been living there ever since. After her studies she worked with Damaged Goods / Meg Stuart for Highway 101. This was followed by collaborations with Lilia Mestre, Rachid Ouramdane, Charlotte Vanden Eynde, Christelle Fillot & Yukiko Shinozaki, and Collect-if, a project initiated by Emil Hrvatin and Bojana Cvejic. Besides, she created two solos: Seulement pour le plaisir des yeux and Making of

Together with video artist Kurt d’Haeseleer she created the live-installation Another Dress Code. In 2006 Varinia Canto Vila was involved in the creation of Affected, Claire Croizé’s first full-length performance. In 2007 she was involved as a performer in the creation of Mette Edvardsen’s performance or else nobody will know. Meanwhile she was also touring with Andy Deneys as a dancer in Mudar. In 2008 she performed in Angle, a production by Kyung Ae and she participated in the cultural exchange project Confusao Platform Exchange initiated by Benjamin Vandewalle.

In 2005 wpZimmer committed itself to a long term track with Varinia. This intensive collaboration ended in 2011. After taking time and space to do research in 2006 and 2007, Varinia took part in the Solo Performance Commissioning Project by Deborah Hay. This was a first stap in the direction of the creation of her first solo During Beginning Ending (2010).

A physical landscape of thought processes defines the realm in which the dancer works. This space of intention and desire gives visibility to the relation between the dancer and the moving body.