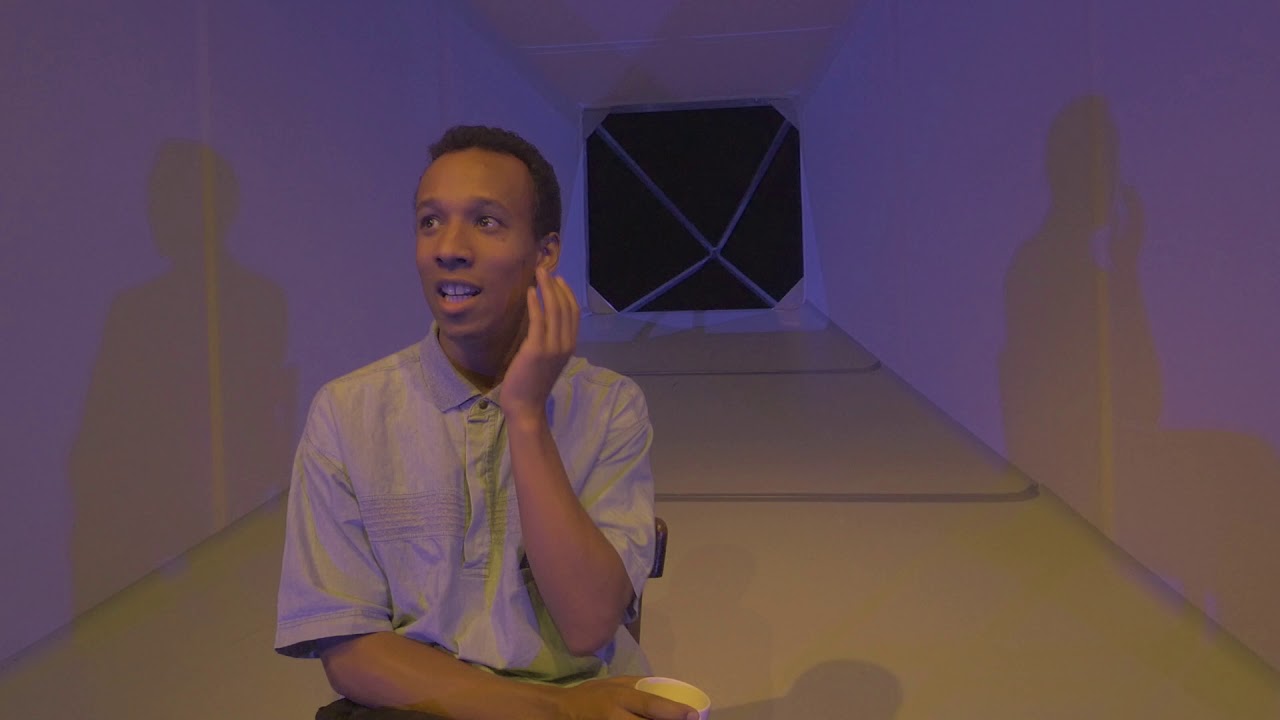 Samuel Baidoo (he/they) graduated as a dancer from the dance department of the Royal Conservatoire in 2018 and obtained their Masters in illustration and graphic design at Sint-Lucas Antwerp in 2015. In the past they worked for Koen de Preter (YoYoGi), Maud Le Pladec (Grensgeval), Kopergietery Gent (De Laatste Eenhoorn), Agostina D’Alessandro (Das Selbst, Formless Mirror), among others. Currently Samuel works as a freelance dancer for Nat Gras (Heel-huids en wijtwee//nosotrosdos), Tuur Marinus (TH LNG GDBY) and Michiel Vandevelde (Dances of Death). In 2023, they will start a new dance creation at tout petit called Building Together / Caryatids (working title). Since 2 years Samuel has been judging and/or accompanying the creations of the dance students at the Royal Conservatory of Antwerp.

In addition, Samuel works out his own projects. Under their own name, they are currently working on Plum Road Tea Dream, an investigation into the video game as a safe space for mental health and healing. With the Hanafubuki collective, they have in recent years worked on performances for young and old that tour at home and abroad. In the coming season Hanafubuki will create a diptych for the young audience: Archipelago (a participation installation) and Eiland (a visual theatre performance).

For the past year, Samuel Baidoo has been building an individual world in Minecraft. Minecraft became a virtual space to archive and organise their artistic work, personal experiences and thoughts. The online gaming space as a mental space for introspection, archiving, processing and healing. The physical building in Minecraft was considered a working on, processing or ode to certain world events, personal memories or traumas related to their personal view of the world as a black, queer artist. With the content that was created in the safe space provided by Minecraft, Plum Road Tea Dream is now being developed as an artistic game.