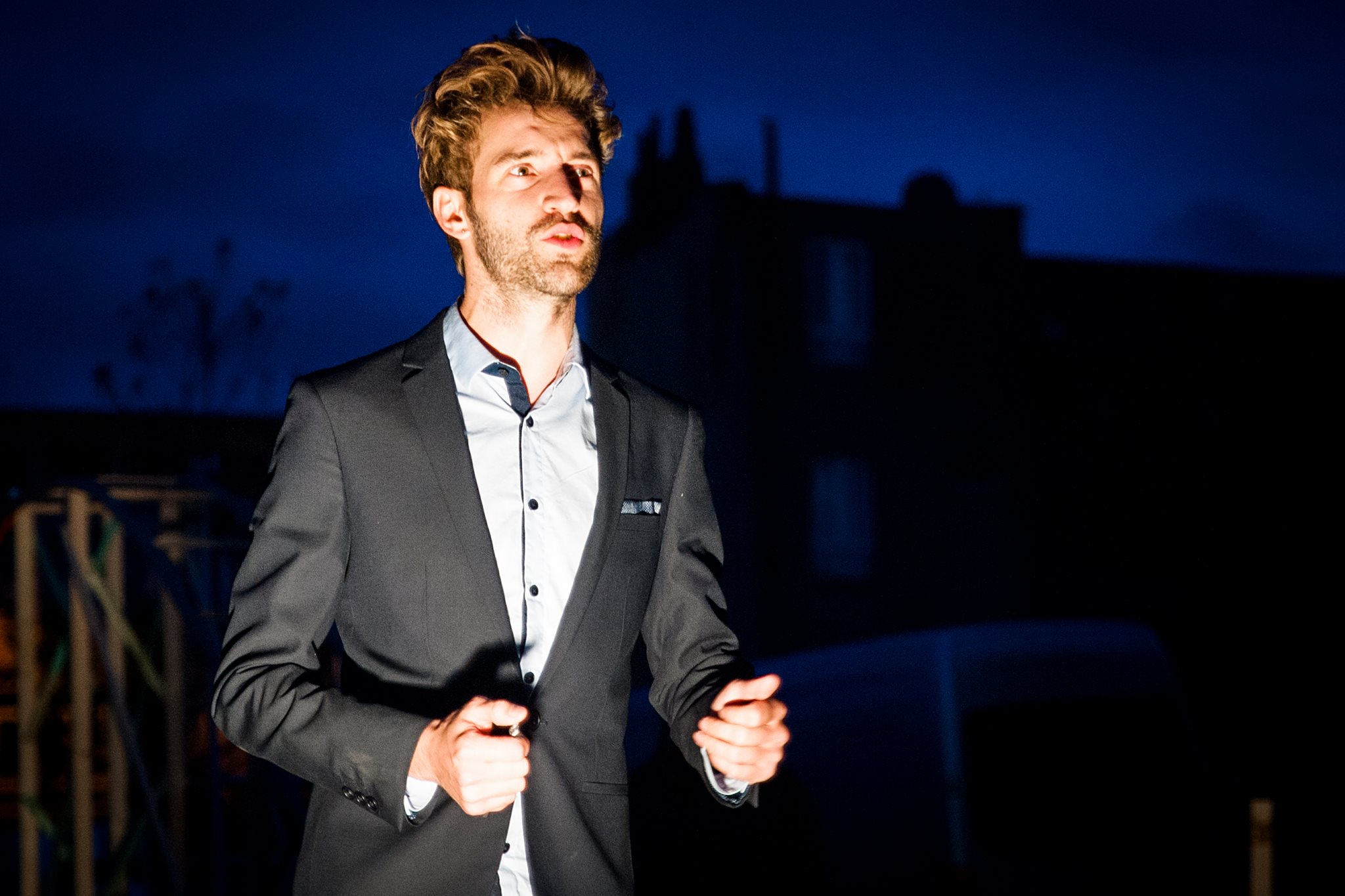 Nikolas Lestaeghe studied at the Academy of Fine Arts in Bruges, followed by Dramatic Arts (direction) at the Rits in Brussels. He is also a co-founder of the Brussels artists’ collective K.A.K., a nomadic alliance of tinkerers. Within K.A.K. he mainly conducts his research. At Kunstenwerkplaats Pianofabriek too, he often carries out preliminary research for productions.

With Manita, Nikolas was at Theater Aan Zee 2011 and Vama Veche 2011, with ‘De Republiek Der Dromen’ at ‘De Zomerbibliotheek’ of Comp. Marius at the Zomer van Antwerpen. In collaboration with Ilse De Koe, he performed his show ‘HUT’ at 4Hoog. And he worked on ‘De loopgravenoperette’, a play about the meaning of WWI for mankind today, as part of GoneWest, reflections on the Great War.

Through his personal stories, Nikolas looks for ways to tell a universal story. Most of the time, he joins the artists on stage as a way to reinforce his universe, involving them in his story.

During his residency at wpZimmer, Nikolas analyses the architecture of the café – an architecture which focuses on the consumption of alcohol. Joined by the audience, he wantes to analyse the symbols recognized in a bar setting.

In Alcoholistan, Nikolas Lestaeghe makes an analysis, a reconstruction of how things went wrong with his brother's alcohol consumption. During his residency at wpZimmer, he analyses the architecture of the bar - an architecture that is geared towards the consumption of alcohol. Together with the audience, he wants to analyse the symbols that are recognised in a bar setting.