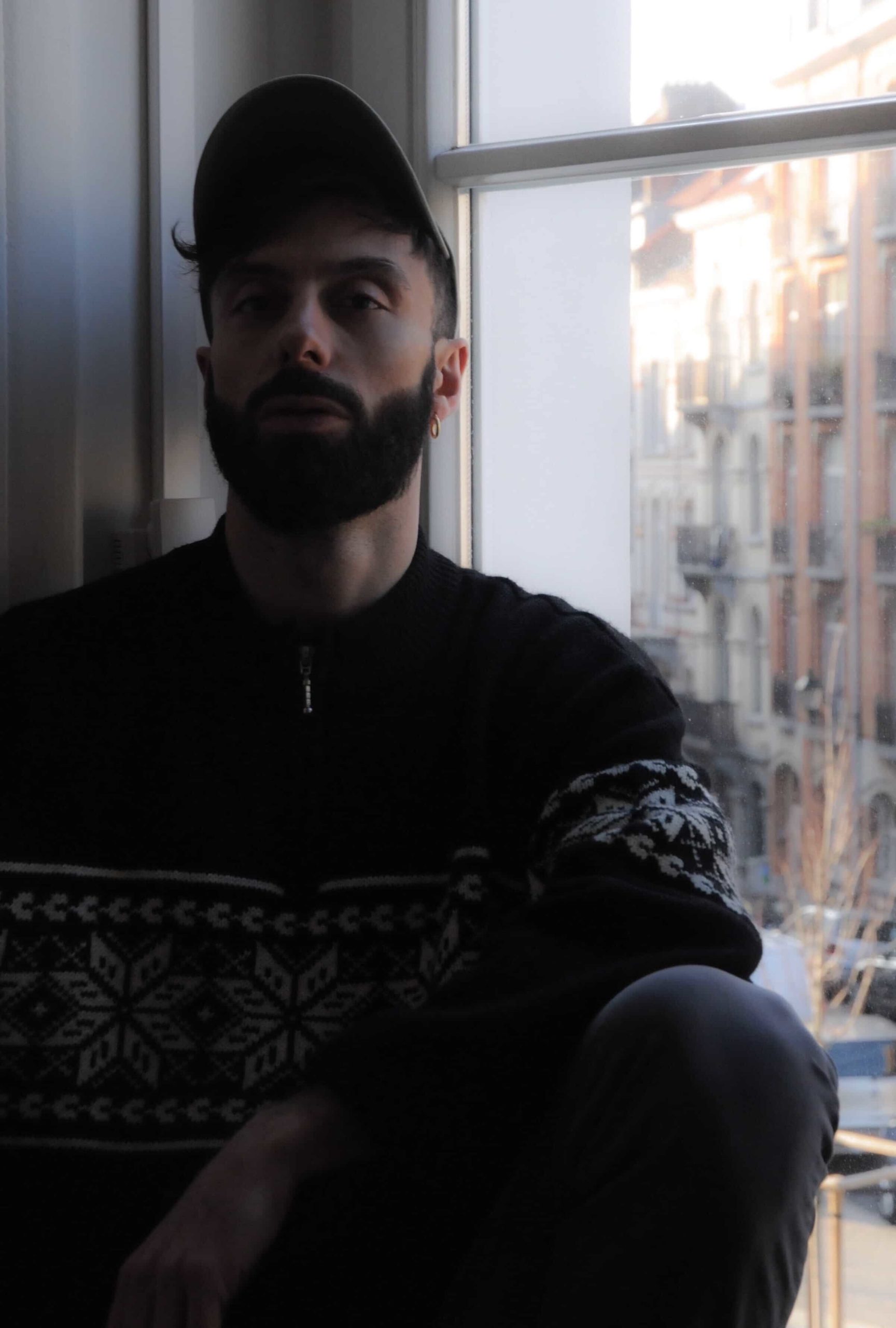 Marco Torrice is a performing artist, teacher and choreographer, based in Brussels. His work focuses on the facilitation of dance exchange between dancers from different dance styles and cultural back-ground, and on the redefinition of the concept of ‘contemporary dance’ by opening a dialogue with different dance performance practices then the one usually present in western academic environments.

His fascination for autodidact dance artists and for movement languages which carry different histories and contents than the one of the western dominant culture, such as Voguing, Krump and Hip-Hop Freestyle led him into an approach to choreography which combines different performance procedures: the frontal contemplation of the dance show with Cypher, the Happening with the Participatory dance, etc.

Often the actual dance forms present in his works rise as a result of an experience of dance sharing where each artist ‘takes’ from the other. Born and raised in Rome (IT), he studied philosophy at La Sapienza University of Rome. In 2006 he moved to Brussels to study at P.A.R.T.S. where he graduated in 2010. He worked for different choreographers such as Thomas Hauert, Jerome Bell, for the Hungarian dancecompany Hodworks, and for the Belgian dance companies Mossoux- Bontè, and Rosas. He created different dance shows such as Me, Myself and I, Kitty 2012 (2011), The way my father imagined it all, Centipedes (2012), Decameron (2013). Besides his work as a dancer and choreographer, Marco also teaches and gives workshops in different dance schools such as the Budapest Contemporary Dance Academy, SEAD (Salzburg Experimental Academy of Dance), Tanzfabrik (Berlin), Isadora Duncan Center (Prague), Artesis Plantijn Hogeschool Antwerpen and at Da.Re. Dance Research (Rome).

Melting Pot is an over evolving dance practice which works as a meeting place for dance challenge and exchange. Dancers form different styles and cultural backgrounds can enter in dialogue and liberate different sort of feelings and emotions, such as joy, anger, sensuality and social frustration.