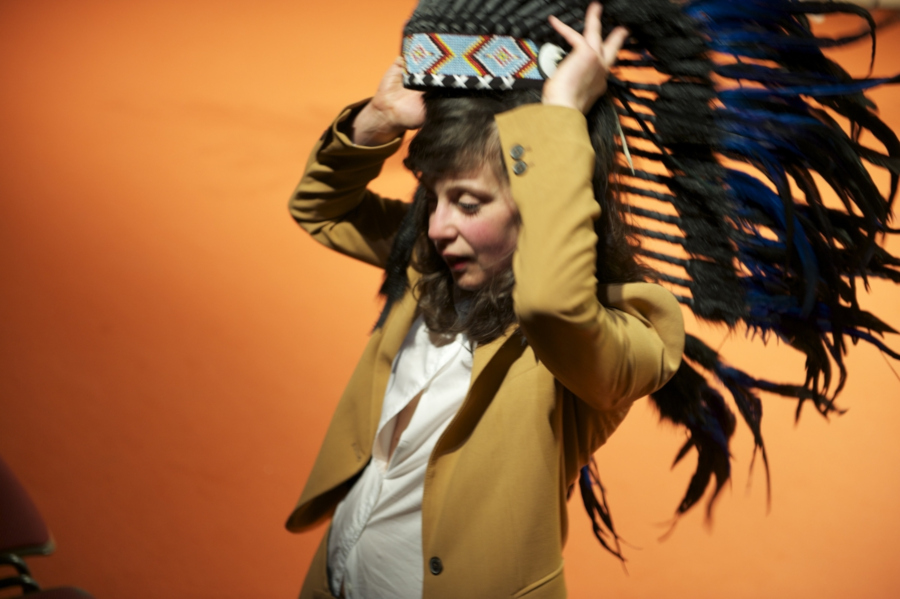 Kristien De Proost is a Belgian theater maker and writer. She studied German Philology at the KUL and Theater at Studio Herman Teirlinck in Antwerp. As an actress she worked with directors such as Luk Perceval, Wayn Traub, Josse De Pauw and Julian Hetzel. She played at CAMPO, BRONKS, Transquinquennal, LOD, hetpaleis, KVS and Toneelhuis, among others. From 2004 until 2017 she was part of the artistic core of the Brussels collective TRISTERO. She played in repertoire pieces such as Altijd ‘tzelfde and Abigail’s Party and made collective creations such as Coalition and Reset. With her own creation Toestand she was selected for Theater Festival and has toured internationally. She has left TRISTERO in 2017 to focus more on writing and solo work.

Simon, Garfunkel, My Sister and Me will be a performance about rivalry in all its forms. Live versus tape, woman vs. man, black vs. white, Europa vs. America. Over bridges and turbulent water. About feelin'groovy. About boxers, hometowns, old friends and the 50 ways to leave your lover. But most of all about the right to keep singing what you want to sing.

In When I Look at a Strawberry, I Think of a Tongue dancer/choreographer Lisi Estaràs, musician/composer Mirko Banovic, theater maker/actrice Kristien De Proost and dramaturge/theater maker Sara Vanderieck combine their different disciplines and are inspired by Goliarda Sapienza’s novel The Art of Pleasure.