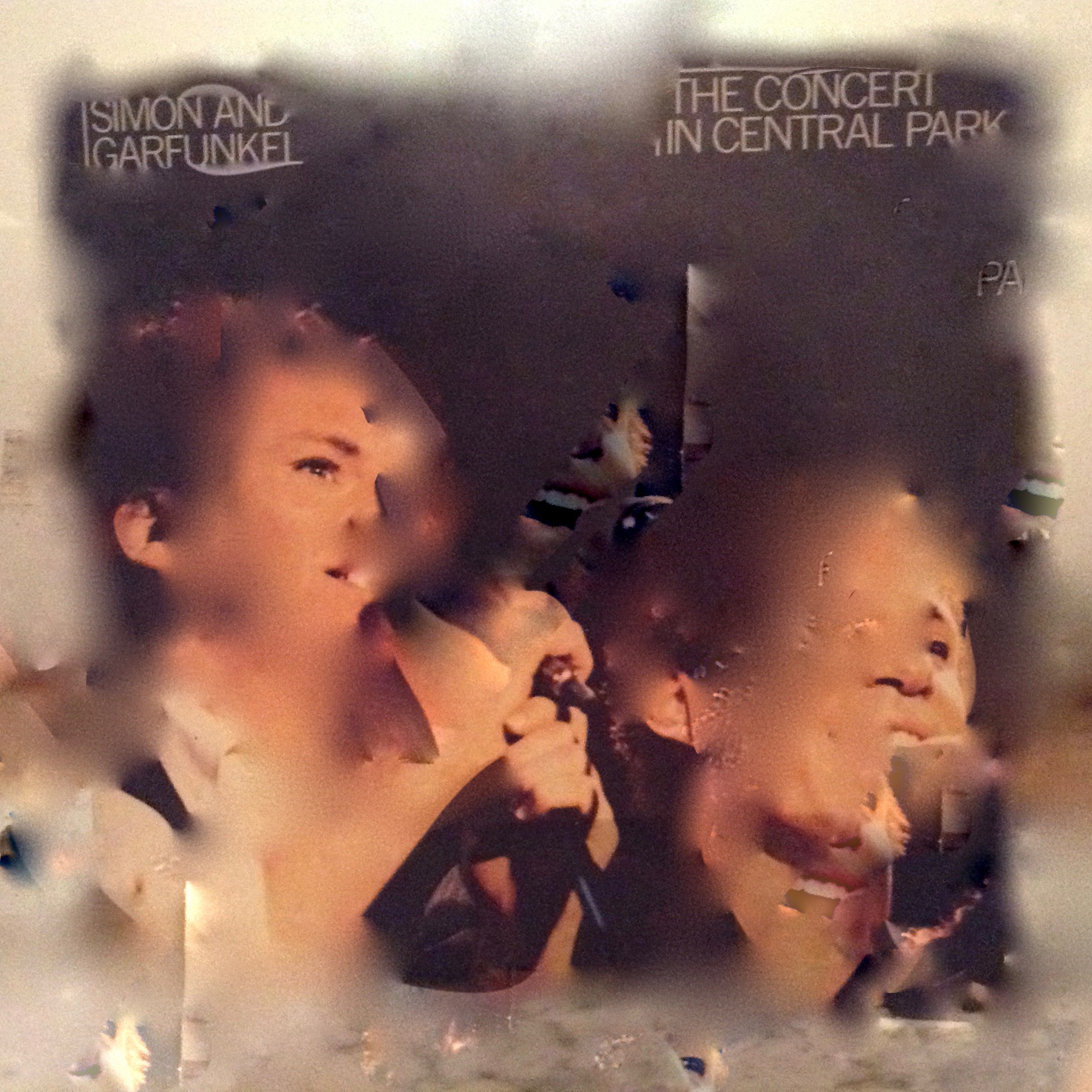 Simon, Garfunkel, My Sister and Me

! Suspended due to the outbreak of COVID-19 !

Paul Simon and Art Garfunkel play their legendary benefit concert in Central Park New York for the overwhelming rise of more than 500,000 fans. The evening will go down in history books as a musical feast of friendship, solidarity and charity.

The double-album Simon & Garfunkel Live in Central Park enters the De Proost home and causes the fiercest quarrels between two sisters. Who owns the record? Can one sister decide who can listen and when?

Kristien De Proost discovers that Paul Simon and Art Garfunkel have been avoiding each other for years. What’s more, they had already split up at the time of their legendary concert in Central Park, and could no longer see or smell each other. But the show had to go on. Shocked by this information, Kristien De Proost decides to incorporate this trauma into a new project.

#Metoo and decolonisation dominate the debate in the arts and scream for new nuances.

Who plays Art and who plays Paul? Will Bwanga and Kristien survive the confrontation with the two immortal musicians? Together? Will they stand up to the legendary concert? Is the audience getting value for money or not? Will we all make it to the last song? And are there winners and/or losers at the end?

Simon, Garfunkel, My Sister and Me will be a performance about rivalry in all its forms. Live versus tape, woman vs. man, black vs. white, Europa vs. America. Over bridges and turbulent water. About feelin’groovy. About boxers, hometowns, old friends and the 50 ways to leave your lover. But most of all about the right to keep singing what you want to sing.

1972 ◊ BE
Kristien De Proost is a Belgian theater maker and writer. She studied German Philology at the KUL and Theater at Studio Herman Teirlinck in Antwerp. As an actress she worked with directors such as Luk Perceval, Wayn Traub, Josse De Pauw and Julian Hetzel. She played at CAMPO, BRONKS, Transquinquennal, LOD, hetpaleis, KVS and Toneelhuis, among others. From 2004 until 2017 she was part of the artistic core of the Brussels collective TRISTERO. She played in repertoire pieces such as Altijd 'tzelfde and Abigail's Party and made collective creations such as Coalition and Reset. With her own creation Toestand she was selected for Theater Festival and has toured internationally. She has left TRISTERO in 2017 to focus more on writing and solo work.

1978 ◊ DRC
Coming from Kivu, in the Great Lakes region of RDC, Bwanga Pilipi (°1978) works for the Specials Olympics, when she decides to take an entrance exam at the INSAS in Brussels. She graduates in 2012 and plays in les Monologues du Vagin by Eve Ensler, directed by Nathalie Uffner. In 2013, she performed Pauline Lumumba for the creation Une saison au Congo by Aimé Césaire, directed by Christian Schiaretti at Théâtre National Populaire. In the summer of 2013, she joined the Milo Rau team and the International Institute of Political Murder in Avignon for the international tour of the documentary play Hate Radio. In 2016, she returns to the Théatre Nationale Populaire for the production La Tragédie du Roi Christophe. Since 2012, she organizes and presents literary meetings within the association Lingeer. In 2018, she writes and directs Datcha Congo, an adaptation of Chekhov's Cherry Garden. The performance premieres at Tarmac des Auteurs in Kinshasa. Bwanga Pilipili is also co-organiser of the Festival Bruxelles/Africapitales, a collaboration with the Halls of Schaerbeek and a collective of artists of African origin. Mademoiselle PILIPILI and Uhorakeye lead the project Gens
the Bruxelles/ MarchésMarcher. In 2020, together with actress and theatre director Kristien De Proost, she will create a new musical-political theatre performance: Simon, Garfunkel, my Sister and me. On the big screen, she plays in Black, the film by Adil El Arbi and Billal Fallah about Brussels street gangs, which raises a lot of dust. She plays leading roles in Les empreintes douloureuses by Bernard Auguste Kouemo, Tu seras mon allié by Rosine Mbakam, Pickles by Manuella Damiens and recently Kaniama Show by Baloji. She is also featured regularly in television series, including Engrenages, Unité 42, Les Rivières Pourpres and Prise au piège.