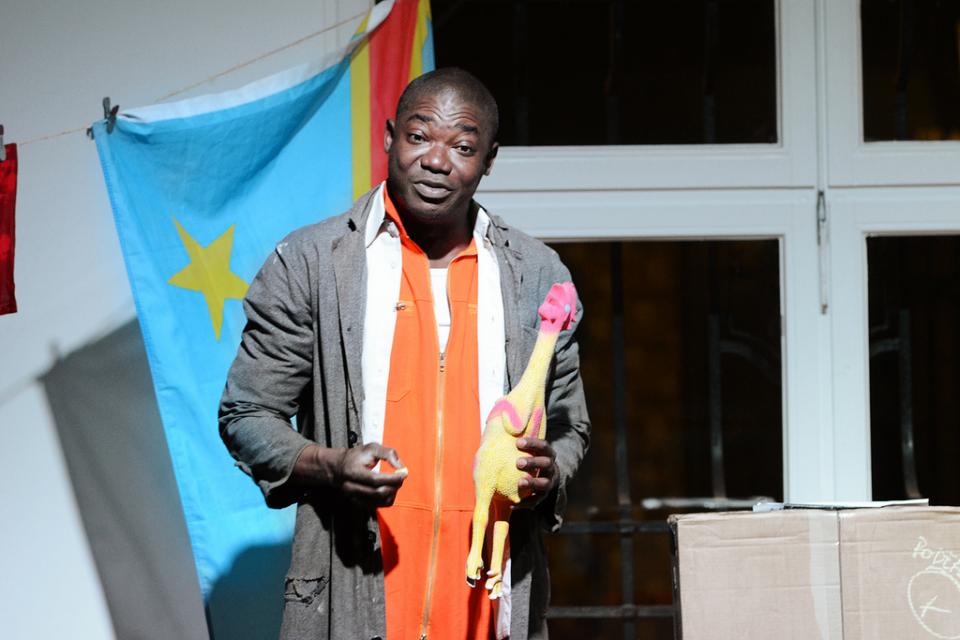 For the past ten years, Jovial Mbenga has been active in the Belgian arts scene as an actor, writer and director. He works for both theatre and film. His Belgian career started at KVS, as part of the Belgian-Congolese creation ‘A l’attente du livre d’or’ (2010, directed by Johan de Hollander). This was later followed by the monologue ‘Mon Noord’ (2013). Mbenga wrote the text and was part of the performance, Nele Vereecken did the directing. The performance played in the Matongé district of Brussels, in Antwerp and at Theater aan Zee (Ostend). Thanks to this project Mbenga got to know organizations like KunstZ, Mestizo Art Festival and deBuren. Shortly after, he played in the children’s performance ‘Het vertrek van de mier’ (2014) by hetpaleis, Toneelhuis and KunstZ. In 2020, he played at Théâtre National in the production Le Présent qui Déborde by director Christiane Jatahy.

Mbenga is committed to the idea that theater is best placed in the middle of the community. He is very active within social-artistic environments, working with vulnerable people, people with disabilities and non-professional actors. He is active at Theater Tartaar, GC Everna and ENTER Festival, among others. By giving a stage to people you don’t normally meet in the theater, people become more resilient, the social fabric strengthens and the canon that is still often one-sidedly determined shifts.