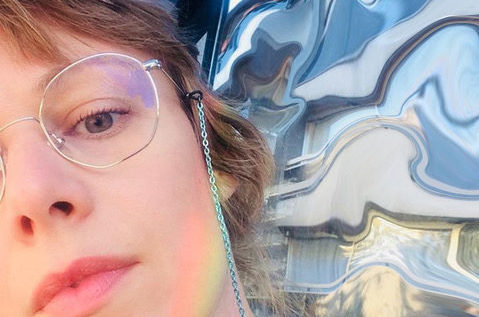 Helena Dietrich’s transdisciplinary work is influenced by feminist, post-colonial theory and the study of rituals, transformative body-experiences and their political and societal implications. Her artistic approach is often process-based and involves the audience as participants at different stages.

In PELVIC BATH 6 women, modern day priestesses, are guiding the audience on a journey on the mother space ship. With the power of shakti, they travel with their voices, words, mantras, prayers and spells though the vagina, into the womb and rebirth the divine feminine principle into our imagination.

For this 2nd edition of Critical Techno ‘So, do you believe in spirits?’, questions will unfold around otherworldly body experiences, paranormal perceptions and the conditions to communicate with spirits and other entities.

Elastic Habitat explores the imaginary, invisible and speculative body. It is an invitation to explore and stretch the usual habitat of one’s physical and virtual identity.

During her residency in wpZimmer she is experimenting with 'reconfiguration-processes', where she tries to materialize invisible internal processes into so called ‚ghost-cloths‘.