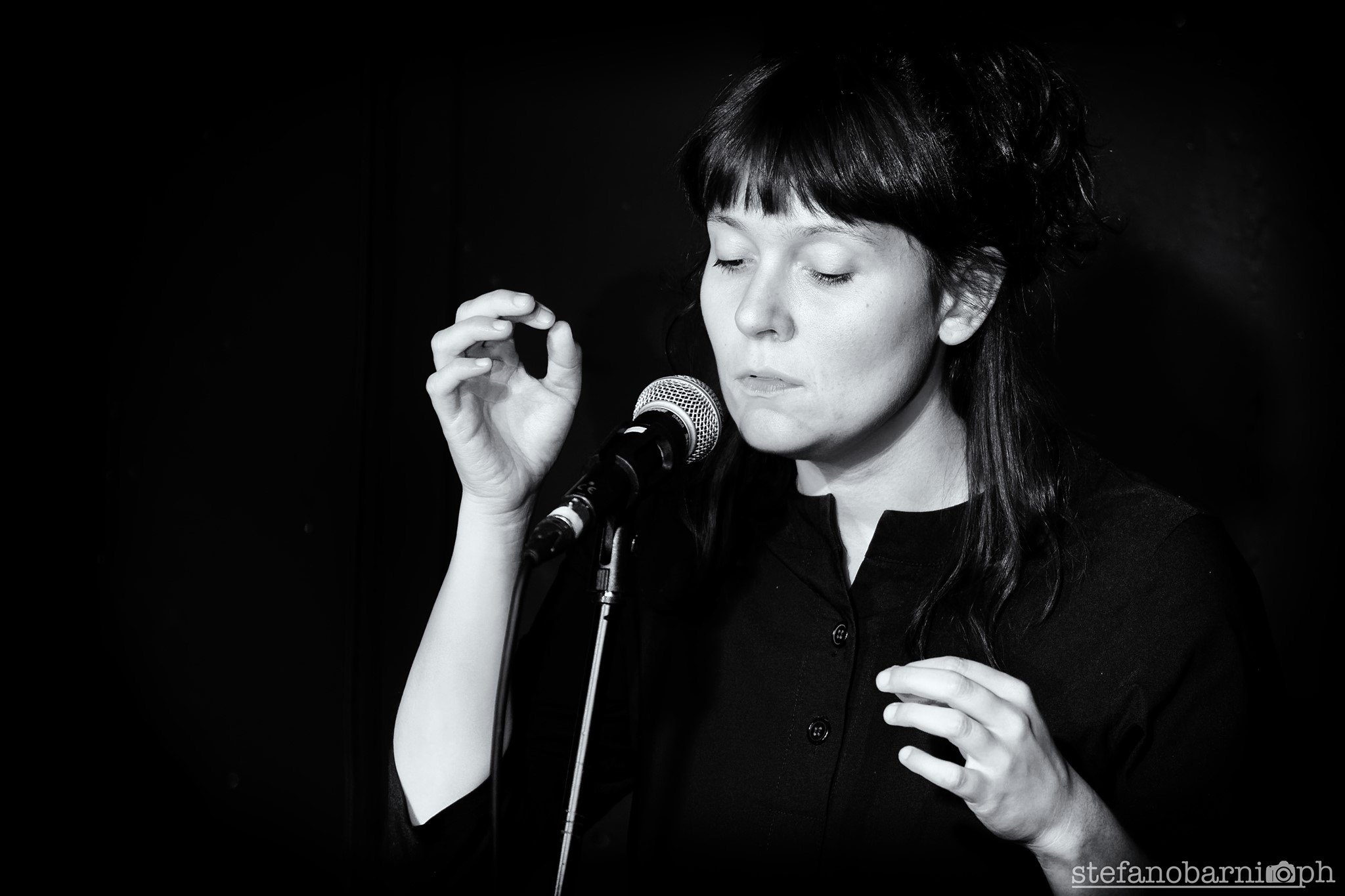 Giulia Deval (1993, IT) is a singer and sound artist. Her research moves in a hybrid territory between sound experimentation and writing, fascinated by mockumentary and speculative fabulations.
Different formats such as live sets, creation of sound dresses, concerts of imaginary characters and radio plays have as their basic ingredients the voice and found analogue electronics.
Her project Antes de la Catàstrofe. Rutas Etnográficas 3302, a participatory action for voices and magnetic tapes, passed the pre-selections of The Pierre Schaeffer Award announced by INA GRM, GMVL, Phonurgia Nova and Euphonia being among the best 11 projects in 2019 and won MIBACT’s MOVIN’UP / SPETTACOLO PERFORMING ARTS in 2020.

Since 2018 she is part of Rica Rickson, an international feminist network
created in the frame of ITERATIONS, a European project held between Hangar.org (Barcelona), esc medien kunst labor (Graz), Dyne.org (Giampilieri / Amsterdam) and Constant (Brussels).

During their residency, Giulia Deval and Andrea Marazzi will explore a few different questions: How do you create a natural cultural language closer to husmusities than to humanities? How do you use dubbing as a practice of fictiocriticism? How do you go back from the creators of knowledge to the non-human elements that made up their thought?