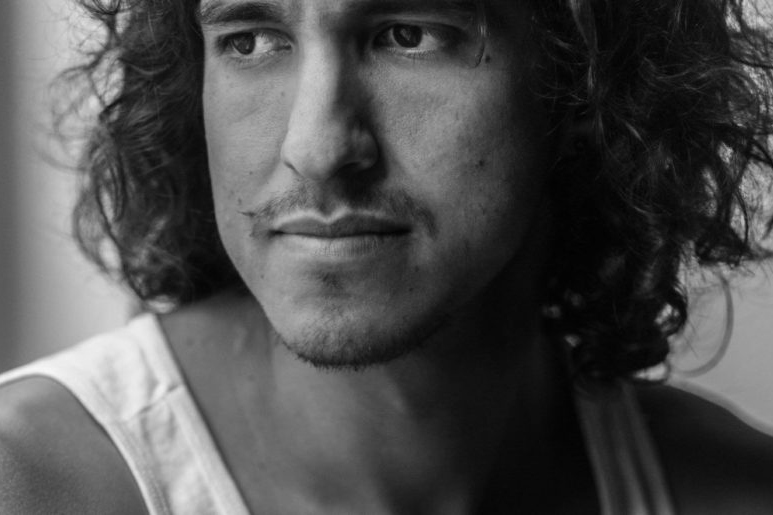 Fabián Barba was born in Quito, where he studied dance and theater, and worked as a professional performer. Parallel to his artistic formation, Fabián followed classes on Communication and Literature. In 2004 he went to Brussels to join P.A.R.T.S. After graduation, he became a founding member of Busy Rocks.

During the third year in Brussels, he has realized the first part of his Mary Wigman project, Shifting Landscape, a dance cycle consisting of seven solos. After the (re)construction of three of the solos during his study at P.A.R.T.S. Fabián came under the roof of wpZimmer, where in 2009 he worked on the recreation of the remaing four solos. The performance was titled A Mary Wigman Dance Evening and premiered in October 2009 during Amperdans. After the premiere, Caravan Production took over the supervision of Fabián Barba and the distribution of A Mary Wigman Dance Evening.

Due to his ongoing research on the legacy of colonialism and dance history, he has been invited to give seminars and workshops in several European countries, the United States, Brazil, Chile and Ecuador. His articles have been published in Dance Research Journal, NDD l’actualité en danse, Etcetera, Documenta and shortly in the Handbook of Danced Reenactment (Oxford University Press, 2017) and Transmissions in Dance (working title) (Palgrave Macmillan, 2017).

During his studies at P.A.R.T.S. Fabián worked on the (re)construction of Mary Wigmans Schwingende Landschaft, a dance cycle consisting of seven solos. Fabián plays three of them in his show Shifting Landscape.