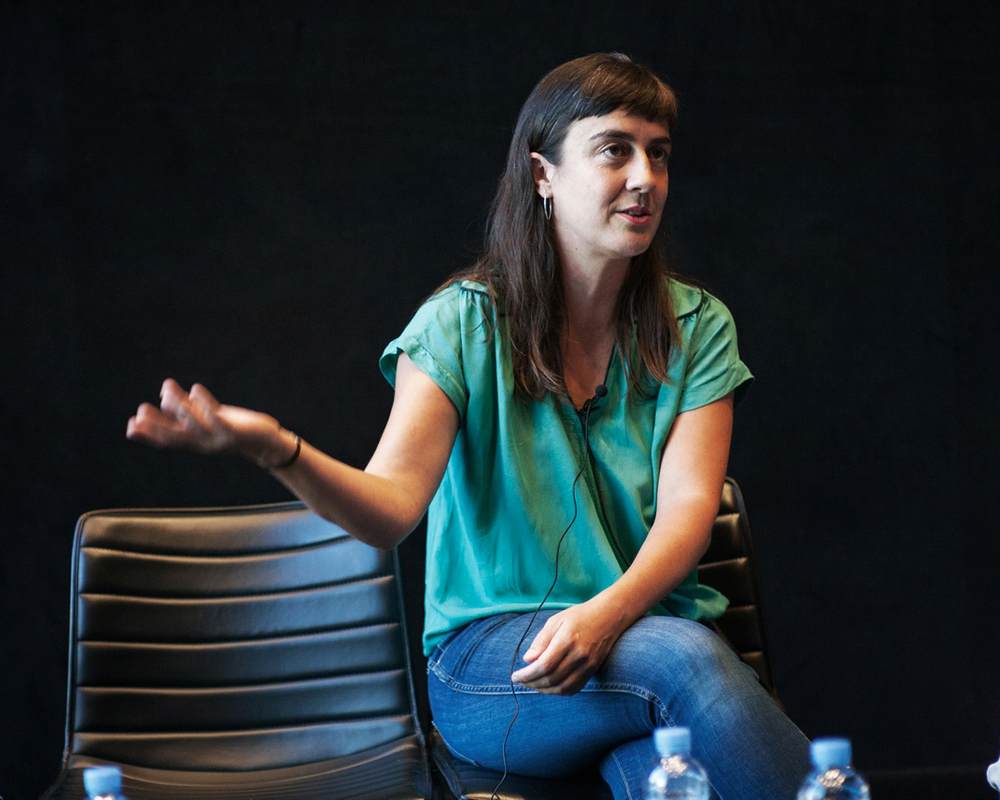 She is a visual artist based in Brussels. Her practice shifts among different contexts and formats: performances, films and sound projects. Edurne creates situations where tension is built up between what we see and what we hear, between present, memory and imagination. With an anthropological-like work, Edurne uses interviews as her primary method of work, collecting individual stories to build a collective narrative and, in so doing, she questions any linear reading of history, offering a subjective reading in continuous transformation and dependent on affections.

Some of her main works in recent years:

In 2020 Edurne Rubio will realise: TIJD GATEN, an intervention in the building of GC Elzenhof, selected by Kunstintegratie VGC and a new in situ project commissioned by the São Paulo Art Biennial.

Between the scenography of an opera and a cloudy valley, between geology and an amusement park, A Nublo is a story with difficult-to-identify characters because they are not people, nor animals, nor monsters, nor gods ... but phenomena.