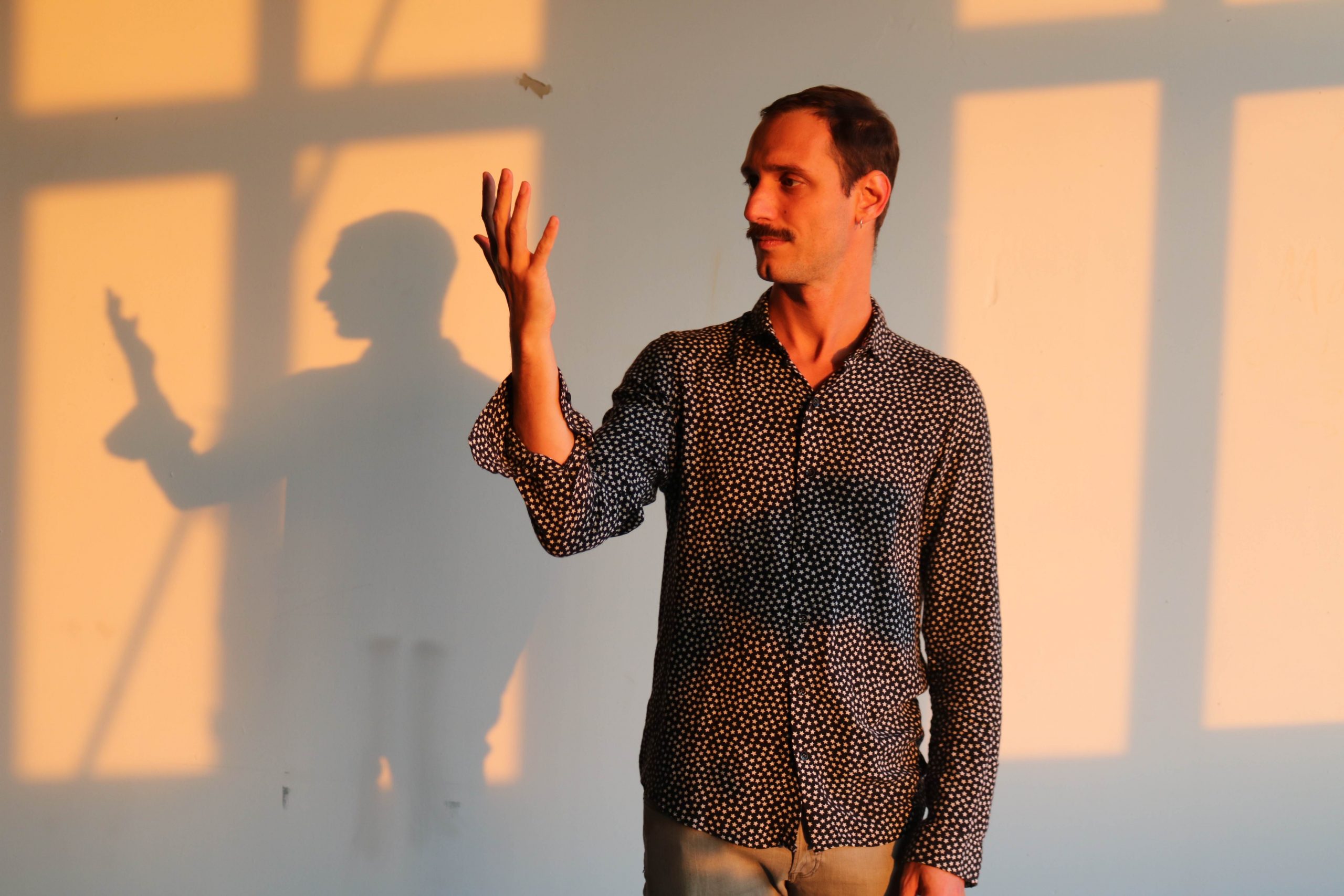 He has a vast trajectory as an actor, performer and theatre-maker in Buenos Aires and from 2018 on he started living in Brussels. Afterwards he graduated at the Institut Superieur des Arts et Choreographies at the Academie Royale des Beaux-Arts de Bruxelles in Plastic, visual and space arts in Urban Space and holds the post-master degree in artistic research of A.PASS within the Posthogeschool voor Podiumkunsten.

In 2010, he co-founded the Argentinian ‘EL CUARTO’ Theater Company, in which he worked as an actor, dancer, and performer. He has co-founded the Argentinian artistic activist collective ‘Escena Política’, with whom he has worked since 2013. These projects awakened an urge in him to develop collective and collaborative practices by exploring connections between performing arts and activism. Since he moved to Brussels, he has focused his work on performance art as the medium to bring together all of his artistic practices and inquiries.

Since 2019 he has developed an artistic research based on the diﬀerent practices he is acquainted with and put them in relation to Migration, making his performing arts, writing, and activist background merge together with a walking practice that became central since he settled in Belgium. His status as a migrant informed all what he has been doing since he left Buenos Aires, both as an artist and as a human being.

His work has been shown in Belgium, Denmark and The Netherlands

By walking the city Diego Echegoyen gets to know it and bring together experiences of walking in his city, being a citizen of Argentina, within the Brussels' public space. In this way, the research overlaps his city of origin with the city where he's currently based, and the cities where his work takes him. As a mushroom picker or a seasonal worker, Diego moves from city to city taking his work and practices with him. This is an ongoing process of dislocation tracing back and re-signifying his own migration with the aim of contributing to the sensitization of migration processes.