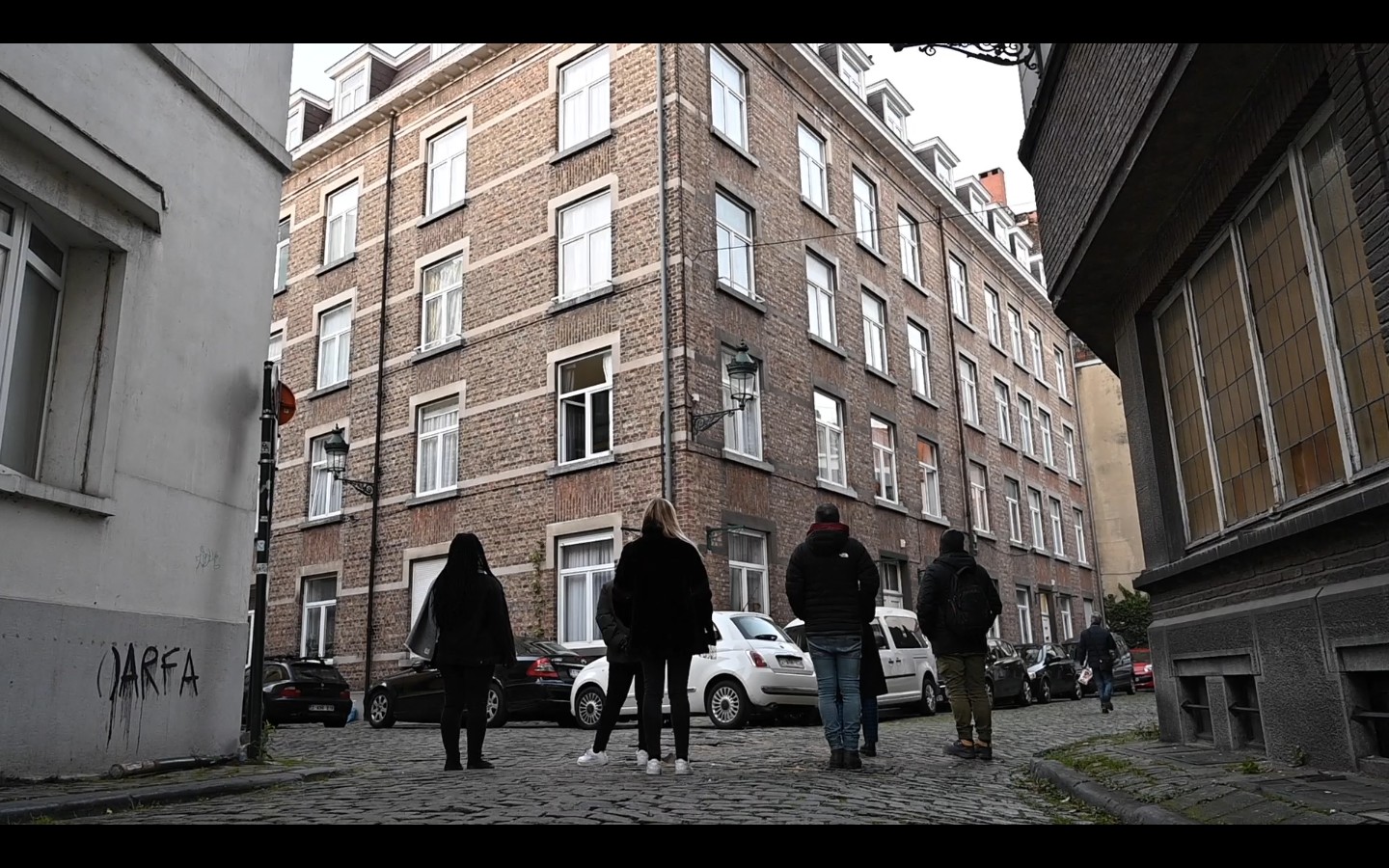 By walking the city Diego Echegoyen gets to know it and bring together experiences of walking in his city, being a citizen of Argentina, within the Brussels’ public space. In this way, the research overlaps his city of origin with the city where he’s currently based, and the cities where his work takes him. As a mushroom picker or a seasonal worker, Diego moves from city to city taking his work and practices with him. This is an ongoing process of dislocation tracing back and re-signifying his own migration with the aim of contributing to the sensitization of migration processes.

Walking became a tool with which he abstracts his migration process and his thinking process connecting spots in whatever city he is with personal and historic events both from Brussels and Buenos Aires, with a set of reflections emerging from them. Walking is, then, one of the interlocking parts of his practice, namely: Walking, Connecting spots (both in-site and from Buenos Aires to Brussels, i.e.) which means Creating meanings, and Writing.

These braided elements have been organized by protocols and metaphoric gestures that allowed him to accomplish other performative extensions. In this way, the research works as a generative process creating both: more research and performative experiences as a way to share the research process.

The last extension was a choreographic sound-walk activated by a participatory role of the audience, which explores the relationship between the city and its citizens. It works as a sound- dislocation protocol of two or more metropolises, overlapping the perceptual context of a city onto the physical experience of walking through another city, making space for one another within each other’s public space. This has implied the withdrawal of his body from the experience to let his voice and guidance emerge.

“For this new phase, I want to create an experience where my body can re-enter, even if my voice needs to be on the side. It will be an experience in which the choreography happens on visitors’ bodies while they move through the space among fictive city-soundscapes (composed of real sounds from real places) as if they were migrating. The cities where I have been working will be recalled by means of field recording, making them appear as characters interacting among them.“