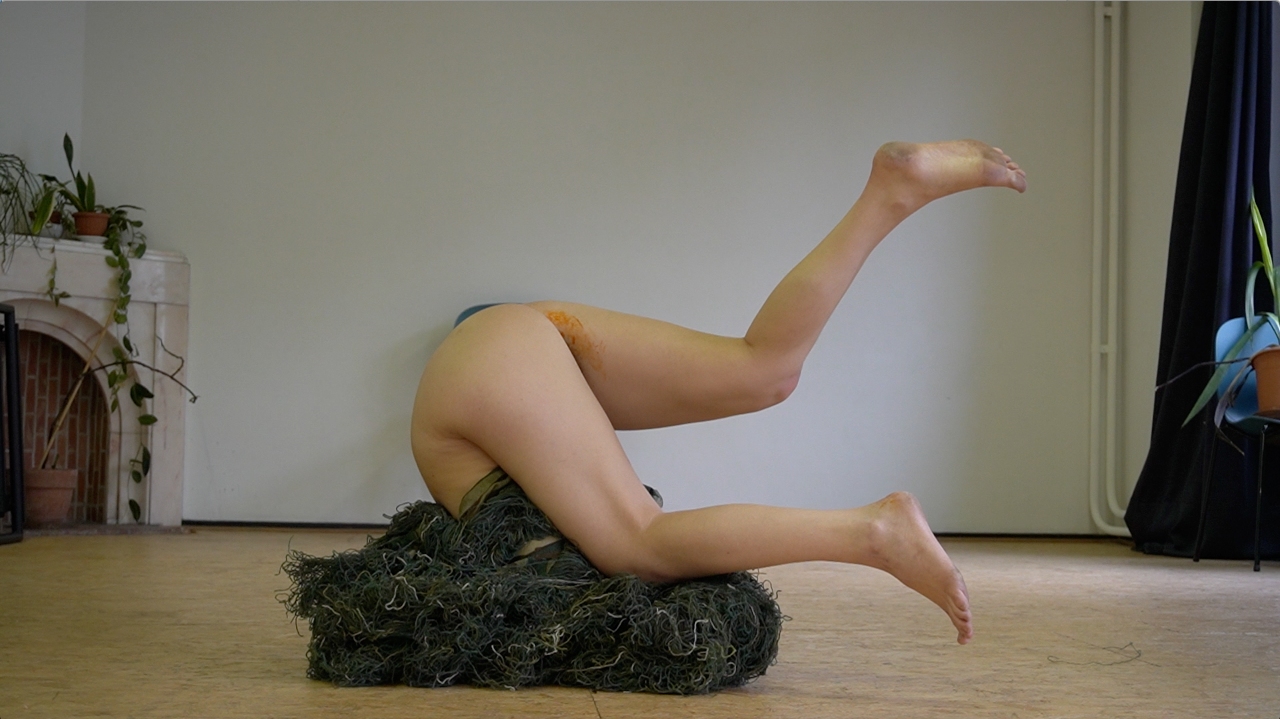 Carolina Mendonça is interested in the contamination of knowledge and in being vulnerable to different logics. Carolina holds a Master in Choreography and Performance from Giessen University in Germany and Graduated in Performing Arts at ECA-USP. Her latest projects are Sirens (2021) an attempt to compose a dissonant choir at Belluard (CH); Pulp- History as a Warm Wet Place (2018) in Mousonturm that deals with an intuitive archeology digesting the leftovers of the XVII-XVIII centuries; useless land (2018) where together with Catalina Insignares, they propose a night reading that invites de audience to sleep in different contexts such as Maerzmusik in Berlin, Ferme de Buisson in Paris, Beursschouwburg in Brussels and Sesta in Prague among others; We, the Undamaged others (2017) a work that puts in question happiness as an horizon that organizes our lives, premiered at Oswald de Andrade in São Paulo and showed in MIT-2018.

Carolina was also one of the curator for the Performing Arts Festival VERBO (2017) at Galeria Vermelho and Temporada de Dança (2017) at Videobrasil both in São Paulo. She develops a practical theoretical research that she shares in the workshop Impossible Practices dealing with telepathy, levitation, deep listening among other practices and that was done in institutions such as Exerce in Montpellier(Fr), Tabakalera in Donostia (Esp), NIDO in Rivera (Uru), HfmdK in Frankfurt (Ger), Teerã National Theater in Teheran (Iran) among others.

Carolina works as a dramaturg in collaboration with Marcelo Evelin, Marcela Santander, Dudu Quintanilha and Carolina Bianchi among others.

Zones of Resplendence is an investigation by Carolina Mendonça that explores the figure of the female warrior to imagine and rehearse what could be the preparation to a war fought with different weapons. A sci-fi speculation that engage with different body practices as a way to prepare an imaginary army. The word 'resplendence' vibrates its double sense of extreme light and explosion.