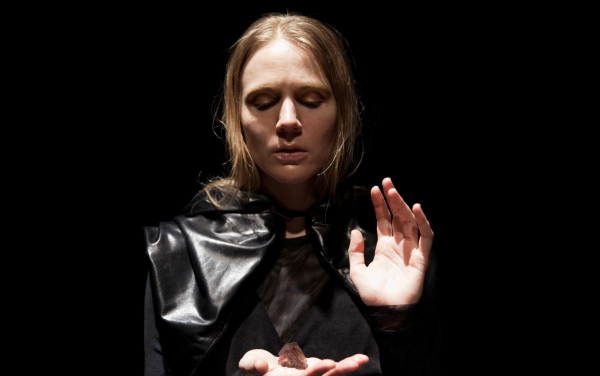 Anne Pajunen is an actor, dancer and choreographer working in Brussels, London and Helsinki. Her work moves in between dance and theatre and focuses on the dialogue of text and movement. In 2017 she graduated with an MA in acting from the Royal Academy of Dramatic Art in London. Prior to this she studied at the Theatre Academy of Finland (MA in dance) and at the research cycle of P.A.R.T.S. As a performer, she has worked with Alexandra Bachzetsis, Jan Fabre, Kendell Geers, Daniel Linehan, Tino Sehgal, Jeremy Shaw, Elodie Pong a.o. She is one of the founding members of the London based theatre collective Psychopomp! with whom she works as an actor and movement director. Anne is currently developing her own work and her solo performance The Heroic Moment will premier in September 2018 at Zodiak – Center for New Dance (FI).

The Heroic Moment is a solo performance that looks at heroism and the way heroes come to exist. Celebrating the art of storytelling, THM takes us on a journey on which fiction and fact start to blur as we move in between autobiography and the world of imagination and fantasy.

In her new solo project The Heroic Moment, Finnish choreographer Anne Pajunen investigates the notion of heroism and the way heroes are created.