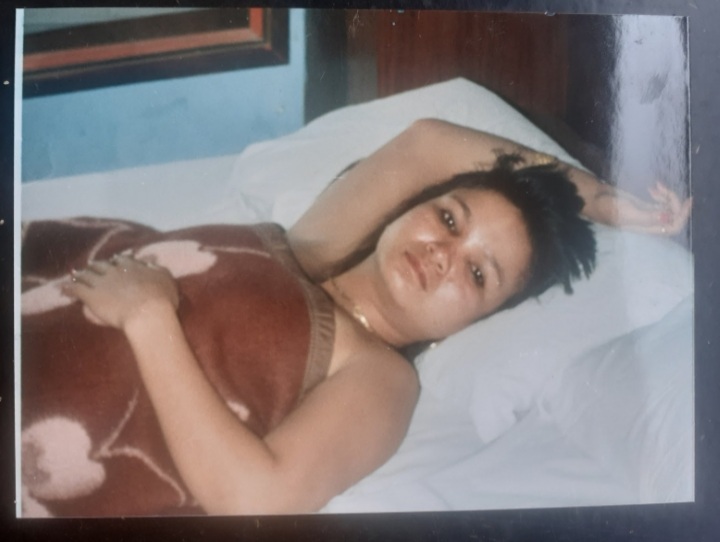 “‘I would like this story about her to be, in a sense, the home where she feels safe.’ from Struggle and Metamorphosis of a Woman
~ Édouard Louis

Yuang Yaprom is a Thai woman who, in the mid-1990’s, ended up with her white husband in a Flemish village where she did not feel at home or welcome. After two years of loneliness and exclusion, especially within her marriage, she decided to go back to her homeland and leave everything behind in Belgium. Including her one-year-old son. Since then, her existence, as well as a considerable part of her son’s identity, was denied. In the years that followed, mother and son hardly had any contact with each other.

Now, 25 years later and inspired by the Vietnamese-American writer Ocean Vuong, Kenneth Cardon tries to reach his voiceless Thai mother through a love letter. Using the few memories, photos and video footage, he reconstructs her story in order to get closer to her and the unknown part of himself.

In ‘Yellow Alert’, Kenneth tackles themes such as ‘identity’, ‘oppression’, ‘language and cultural differences’, ‘racist and homophobic violence’, ‘queerness’ and the ‘mother-son relationship’ to tell a personal coming-of-age story, but also to form an indictment of the white, heteronormative world in which both his mother and he must try to survive.”

1996 ◊ BE
"Kenneth Cardon (he/him) is a theatre maker, actor, queer and an Antwerp Conservatoire graduate since 2019. As an actor he has played in theatre productions by Anne-Laure Vandeputte, Holland Opera, Theater Zuidpool, de Roovers, collectief herman and Veroline Vanderbeek. He occasionally does TV and film work. He appeared in Studio Tarara, Callboys 2 and Kom hier dat ik kus u.