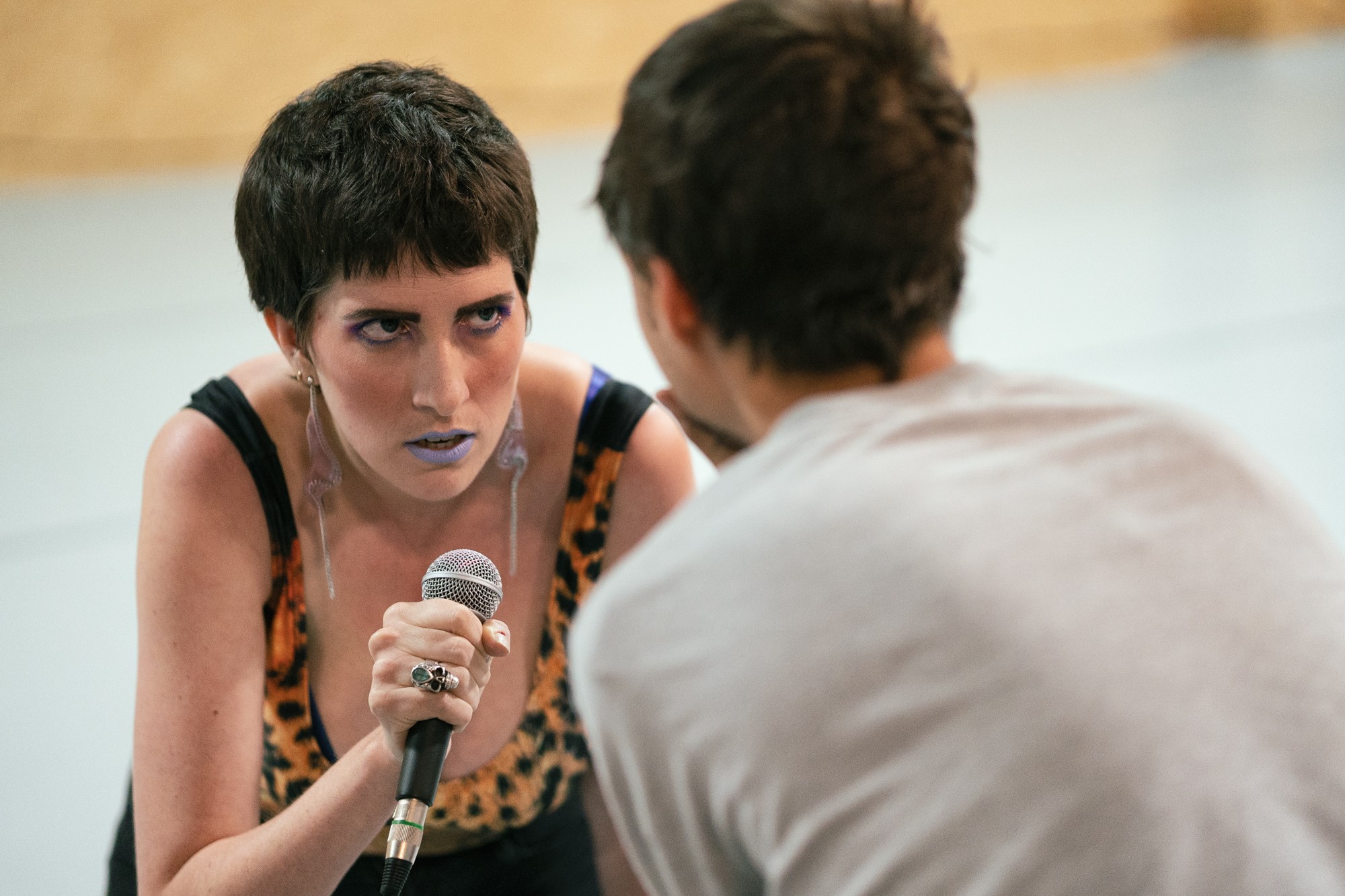 Sincery Yours is a solo performance, a musical and choreographic research, which aims to explore the themes of a revolutionary love ethic as a force for social transformation, faith as a source of emancipation, and the liberating power of pleasure that the body can take in movement. It takes theatre as a modern day ritual. It is an ecofeminist musical by Charlotte Nagel, which plays with the codes of pop music to subvert them, starting from an embodied necessity and a sincere political positioning.

By staging the reappropriation of her emotions, Charlotte hopes to be able to offer a collective catharsis to the public. Through emotional empathy, showing a female assigned body that assumes, takes pleasure and emancipates itself through its affects, sensitivity and vulnerability. It is a choreographic proposition of musical material that will be composed for the piece. It’s a dance concert and theatrical album.

CH, BE
https://www.charlottenagel.com/
Charlotte Nagel is a Swiss born performance artist, freshly based in Brussels. She creates emotional contexts as a way to make people feel their bodies. She works on the power of vulnerability and all kinds of love as vectors of change, and the necessity to create new narratives to ground oneself in the pleasure of the moment.