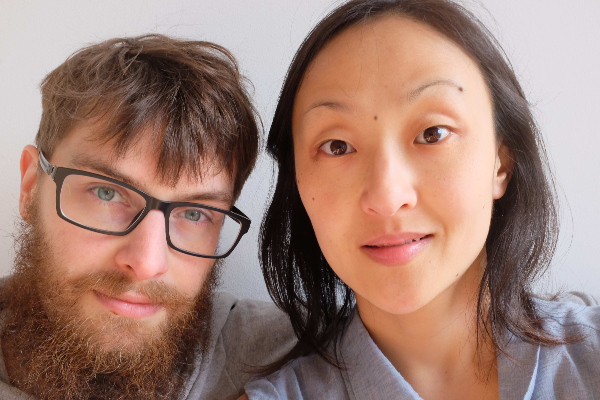 The artists Sunniva Vikør Egenes and Benjamin Pohlig, who have worked and performed together closely for some years now, will use their studio time at wpZimmer to practise a collaborative and creative form of artistic co-existence. While either will follow their own personal artistic interests of the given moment, they will serve each other as collaborators. They will discuss ideas and concepts, try out practices and materials, and be each other’s audience and outside eye, in order to see how two different creative processes can inhabit the same space, influence and cross-polinate each other.

Sunniva will spend her time to prepare and conduct interviews on creative process with a range of practitioners from actors to film directors, poets and musicians. She is interested in how they structure and think about the how along the journey into what and further, as well as how they sustain themselves and their ideas, desires, and pleasures. These transcripts will be published in a blog- format available for the time of the residency. Following from that, she will steal ideas from each of the artists, and attempt to apply and extrapolate from their practices into her own daily dance practice. Each of the interviewed artists will be made aware of the explicit theft.

Benjamin will use the residency to delve into his questions regarding war, play and dance. He wants to explore the relationship between actual war and the instances in which we (re-)play war with our bodies such as in movies, video games or hobby activities. Furthermore, he wants to ask what the relationship between dance and war is and what the potential or danger of an aestheticisation of war could be? For this, he will conduct research into films, games, leisure time activites and stunt work. He will interview artists, soldiers and journalists and look at the history of depicting war in the arts. All in order to find first artistic methods and expressions of dealing with the problems at hand through our bodies.

DE
Benjamin Pohlig lives and works in Berlin, Germany. He danced for, amongst others, Martin Nachbar, Isabelle Schad, Zoe Knights and internationally for Pierre Droulers and Renan Martins. His work “5 seasons” with Katie Vickers and Gasper Piano premiered 2016 at Bouge B in Antwerp. In 2017 “A Farewell to Flesh” in collaboration with Sunniva Vikor Egenes premiered at Dock 11 in Berlin.

DE
Sunniva Vikør Egenes is a dancer based in Berlin, who has collaborated with choreographers such as Martin Nachbar, Anne- Mareike Hess and Rosalind Crisp. Improvisation is one of her main interests, and she takes pleasure in things such as: quiet moments under pressure, attention falling onto unexpected bits of the body and portions of flesh pressing its way into movement. Sunniva also dabbles in writing and has been involved in the award- winning Norwegian shortfilm Retract (2017).