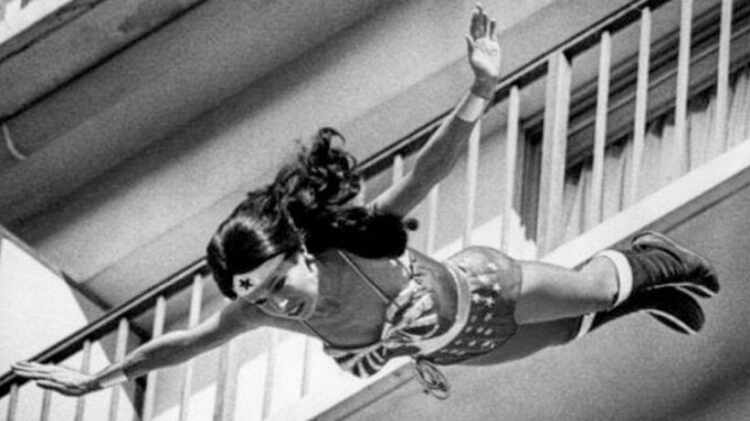 In this historical period of imposed social exclusion, Francesca Grilli has been wondering about the ongoing social and behavioural changes. She tried to identify some of the characters who were a mirror of today’s society and the evolution of its feelings, such as love, shame, fear. The society we left behind, before the Covid-19 pandemic, was built on over-performance and a forced excess of positivity. The excessiveness of performance has led to a soul infarction ( Byung-Chul Han * ), tiredness in achievement society is a solitary tiredness, which has a separating and isolating effect. Profound tiredness weakens the pillars of identity. The causes of this exhaustion make things sparkle, shine, and quiver beyond their boundaries. They become blurry, permeable, and lose part of their clarity.

To depict the society we live in, Francesca Grilli chose two characters that best embody her vision, in an attempt to rewrite a new story: a hikikomori, and a stunt woman.

The phenomenon of hikikomori can be considered as a self social withdrawal, a rebellion against the traditional culture and the entire social apparatus by adolescents and young people who live isolated in their room and have no contact with the outside world, neither with family members nor friends. The lack of social interaction and the prolonged solitude have deep effects on the hikikomori, who gradually loses social abilities, behavioural references, and the communication skills required to interact with the outside world. A world that the hikikomori generally refuses, being too full of expectations that they do not feel capable of meeting. A stuntwoman (cascatrice, in Italian) is an acrobat specialized in faking falls, dives, jumps, and other stunts. Stuntwomen are body doubles for the leading actresses and perform the riskiest, most embarrassing, or difficult scenes, they are their shadow. The word Francesca feels that links these two characters is: record.

1978 ◊ BE
http://www.francescagrilli.com/
Francesca Grilli is a Brussels-based artist who uses a multidisciplinary language, focusing on performance and installation practices.