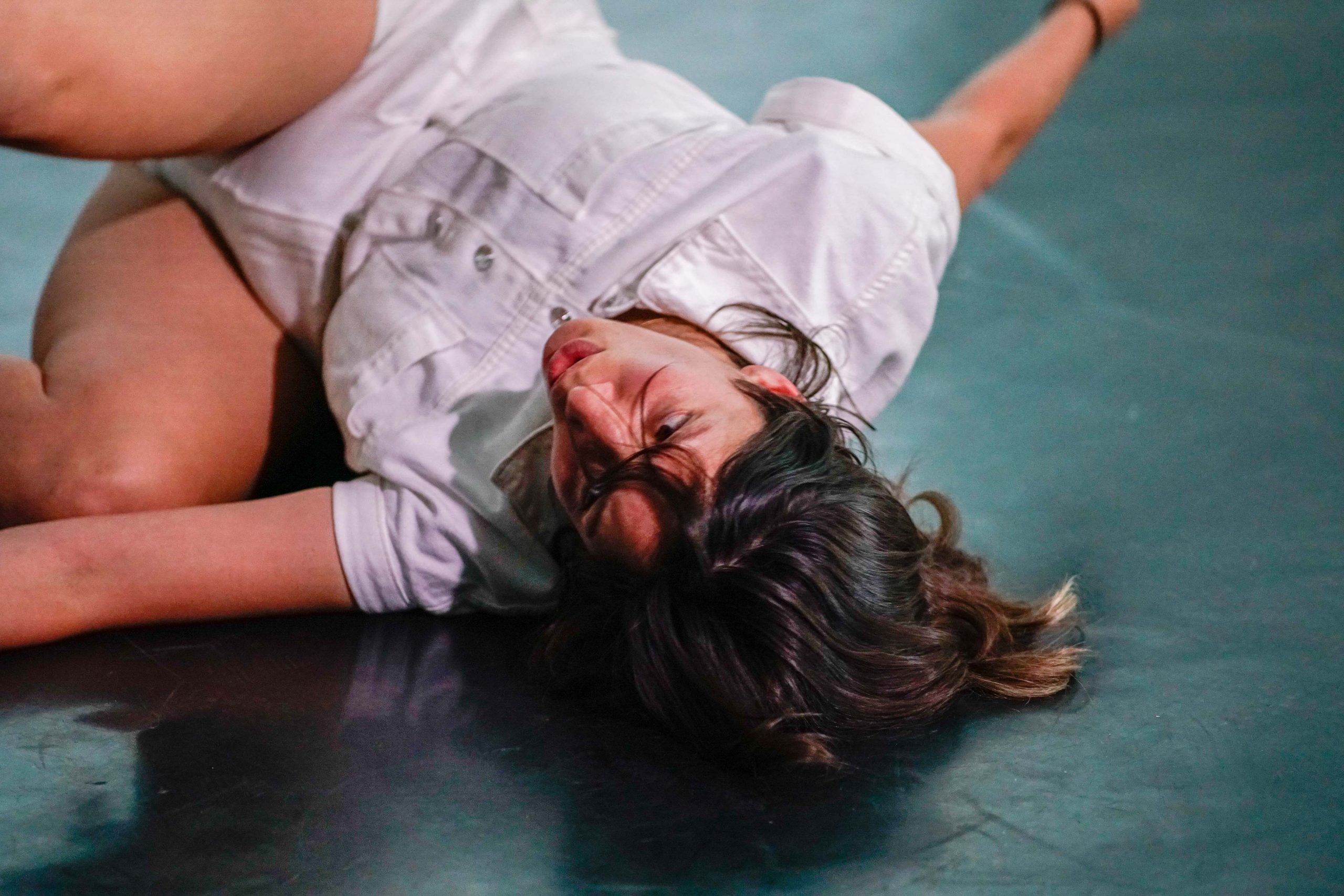 Anyone who has an email account at Yahoo! knows about Yahoo News. A compilation of articles, “the most-emailed pages on the web”, Yahoo! News presents itself as a major media organization. Pauline Payen looks at Yahoo! News as a good example of ‘news sensationalism’: short, easy, dramatic and tacky titles with trashy pictures, its main focus is made on undifferentiated contents ranging from creepy crimes, celebrities’ heartbreaks, scandalous business affairs or popular statistics normalizing people’s privacy.

For a few months Pauline Payen has been collecting titles of Yahoo! News, such as “She beats the world-record by giving birth to ten babies”,  “This artist living in Paris is Bin Laden’s son” or “Rumble in the prison”. She has then been using this list of objets trouvés as source material to explore in her dance and sound practice.

“Ostinato – the Y! News-” is a research project on improvisation scores, looping pedals, diabolical machines, and mass media in the Internets.

What does the flow of images and tacky titles trying to grasp our attention create in our bodies and minds? To her there is a delirium in the never ending feed. The dance-practice methodology Pauline chose for this project is based on American choreographer Jeanine Durning’s “non-stopping” improvisation score, which consists of alternately speaking, moving, and then writing non-stop. It is in the tradition of “automatic writing” but translated for stage-performers. Pauline adapted that score by giving each improv set a Yahoo! News title as a theme, refocusing the automation. Then she added a fourth round: creating a song or soundscape with her voice looping pedal instrument. By recording and/or sharing these sets of improv, she collected performative materials which she reworks and uses for composition.

In our age when attention became a commodity measurable in amount of clicks, many of us find ourselves trapped in a double bind; on one hand overwhelmed by the avalanche of information we are being subjected to, and on another addicted to that subjectification. Everytime she connects to her email account, Pauline feels hijacked by the news feed dispositive, saying enough for you to want to know more, but keeping the actual information a click away. Observing  her own desire to click and at the same time my annoyance at being subjected to that desire, she decided to embrace the paradoxe.

Pauline Payen generally works with social stereotypes, (re)appropriating tropes, clichés and other stigmatizing objects we are exposed to in the mass media. Her intention is to question the construction of our identities in mainstream virtual spaces, by insisting on the insistence. Pauline’s position is rooted in eco-feminism and decolonialism.

In music, an ostinato (from “insistence”) is a motif or phrase constantly repeated in the same musical voice. In this context it refers to the hypnotic and neurotic qualities of contemporary news feed. Can Yahoo News archive be used as a social mirror and be a subject in the midst of her own subjectification?