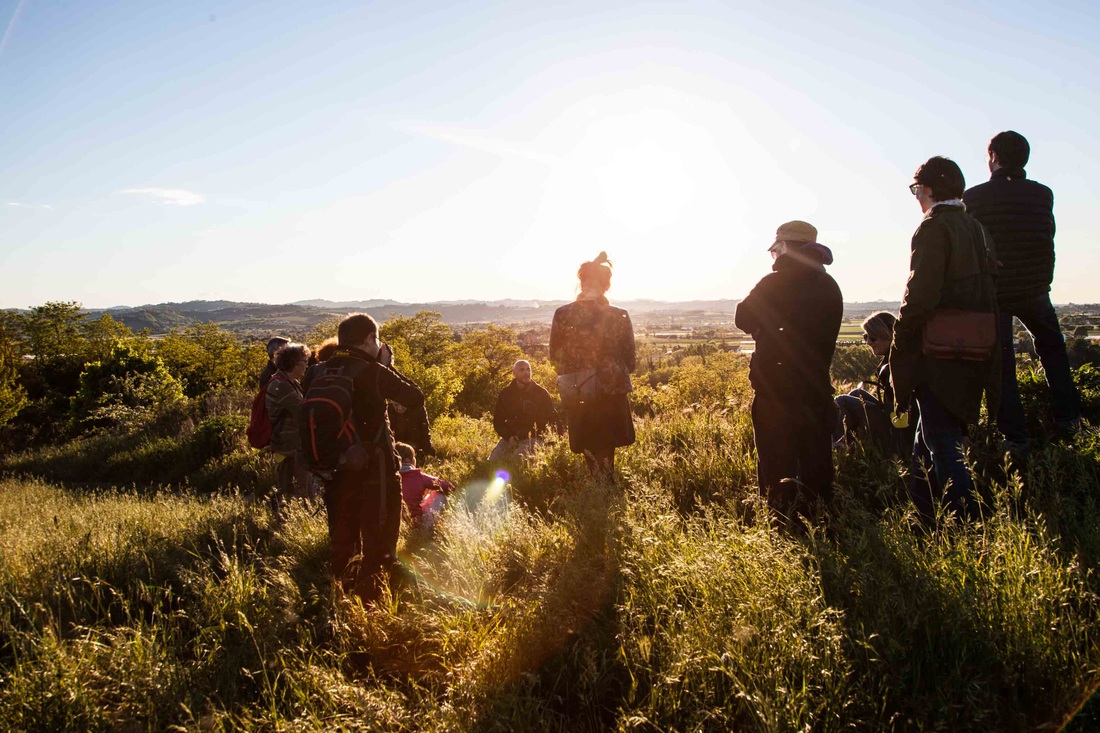 As part of the European NOW project, wpZimmer is providing Leonardo with support for a period of three years. In the course of this time we want to examine together how he can give his work greater dramaturgical depth. His first research residency took place in December 2015.

During his residency in the fall of 2017, Leonardo will work on several projects, dividing his time between co-creative meetings and research in the studio. Together with Barbara Raes from Beyond the Spoken, he will work on the next steps of CORALE, a project creating rituals for the local community of people who live in the crater of the last earthquake in Italy. With Gosie Vervloessem, he will search for new common trajectories following the European project Half A House last year. And finally, Leonardo will dedicate time to research for two new projects, Bodies in the mist and The square, which are a continuation of his discours on movement, body and landscape. Sources of inspiration are Donna Haraway (Staying with the trouble), Judith Butler (Bodies in alliance) and François Julien (Vivre de passage).

1981 ◊ IT
https://www.casadom.org/
DOM- is a research project born in 2013 from the collaboration of the Italian artists Leonardo Delogu and Valerio Sirna. It investigates the language of performing arts, contaminating it with the Environmental Humanities’ militant approach and the eco-anarcoqueers’ issues and imagination. Its practice revolves around the relation between bodies and landscapes, questioning the tangle of permeability, and observing how power, nature and marginality interact in the public space. It engages in the transmission of peculiar in-habiting practices, linked to the space and time of artistic creation and territorial planning. DOM- builds performances, workshops, walks, gardens, audio-visual projects, dj-sets and parties.

As part of the European NOW project, wpZimmer has provided Leonardo with support for a period of three years. In the course of this time he examined how he can give his work greater dramaturgical depth. His first research residency took place in December 2015.