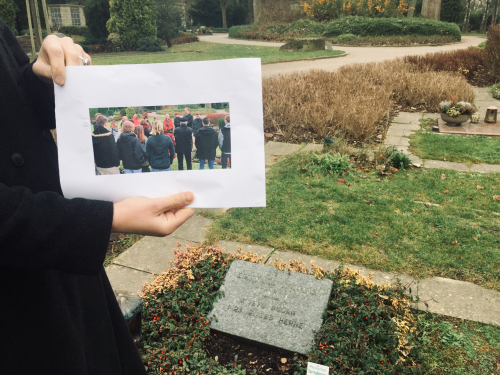 On June 20, 2018, World Refugee Day, the British daily newspaper The Guardian released a list registering 34,361 deaths of refugees and migrants who have attempted to reach Europe since 1993. Such disasters are usually handled with a standardized almost automatic institutional response: pathologists and forensic experts are deployed to collect medical and biological data from bodies and from living relatives in order to enable identification. However, this procedure has not been followed for the victims of the current migration crisis at the gates of Europe.

At the bottom of the sea, on the shores, and inland, a mass of decomposed bodies and body parts tells the story of a collective whose ghost hovers over European territory. For their research, Arkadi Zaides and his team delve into the practice of forensics to conceive a new virtual database documenting the remains of those whose death is to this day mostly unacknowledged. This growing archive, this map, this site named NECROPOLIS is stretching in all directions across space and time, interrelating the mythologies, histories, geographies, movements, and anatomies of those who have been granted entrance to the city of the dead.

1976 ◊ BY, BE, FR
Arkadi Zaides, an independent choreographer; born in Belarus in 1979, he immigrated to Israel in 1990 and currently lives and works between France and Belgium. In Israel, he performed in several companies such as the Batsheva Dance Company and the Yasmeen Godder Dance Group before embarking on an independent career in 2004. Zaides holds a Master’s degree from the Amsterdam Master Of Choreography program at the Theater School in the Netherlands. In his work, Zaides addresses social and political issues, he previously focused on the Israeli/Palestinian context, and is currently concerned with the European one. Zaides’ artistic practice aims to initiate critical debate, concentrating on the body as a medium through which social and political issues are experienced most acutely. His performances and installations have been presented in numerous venues, dance and theater festivals, museums and galleries across Europe, North and South America and Asia.