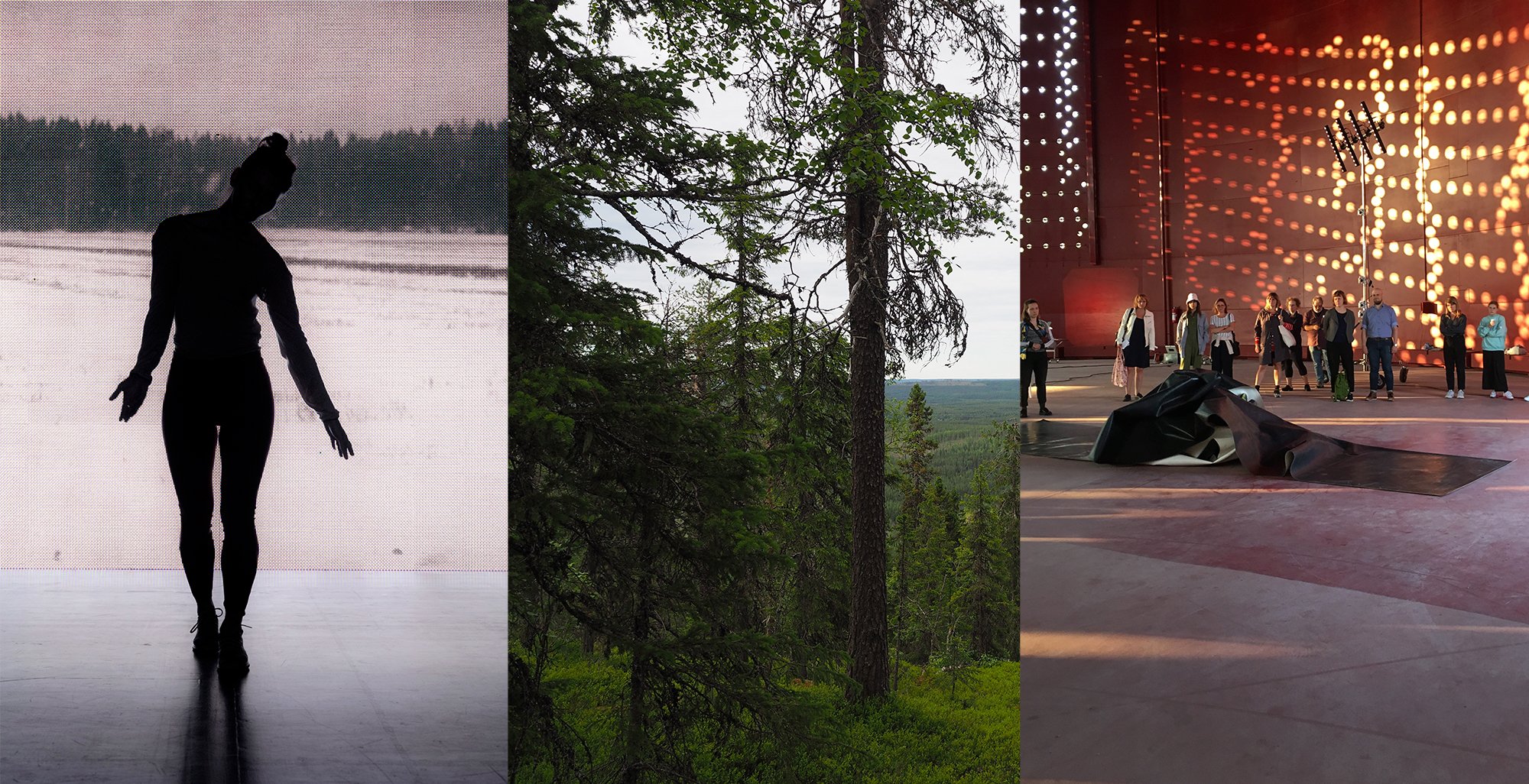 How do ecological poetics perform between dance, site and image?

Nature Untitled is a new work by choreographer Veli Lehtovaara, visual artist Eija-Liisa Ahtila and sound designer Jani Hietanen with an international group of artists.The work is presented in the form of a triptych – each of the three movements discharges on stage in a particular mode.

The first movement, inside an empty oil silo, dances out the ghosts of exhaustion and energies consumed. The bodies fold and crackle, the steel structure purrs, the phantasms of the oil era burn only to vanish.

In the second movement, they traverse on a field road and in interstellar space. The stage is both enveloping and infinitely extending vacuum, space and ship at the same time, governed by the sound of artificial intuition. Dance wobbles and weaves, recalls and regrets the earth and its beings.

The third movement juxtaposes a primeval forest with a shopping mall. The human-made technological environment plunges into the restful depths of the old growth forests. Dancing bodies graph the divergence of forms and minds emerging within this border zone.

The work will premier in October 2022 in Helsinki and is produced by Entirely Moved and co-produced by Zodiak – Center for New Dance, Moving in November and Finnish Institute in France. The work is also part of Lehtovaara’s artistic research (PhD) at the Theater Academy Helsinki.

BE
http://www.spacetimelove.com/
Veli Lehtovaara is a choreographer and performer working in the fields of dance and experimental theatre. He lived and worked in Brussels for the years 2010–2018 after graduating from P.A.R.T.S.. Lehtovaara's stage works and choreographic installations have been seen on central venues and festivals around Europe, as well as in North and South America.