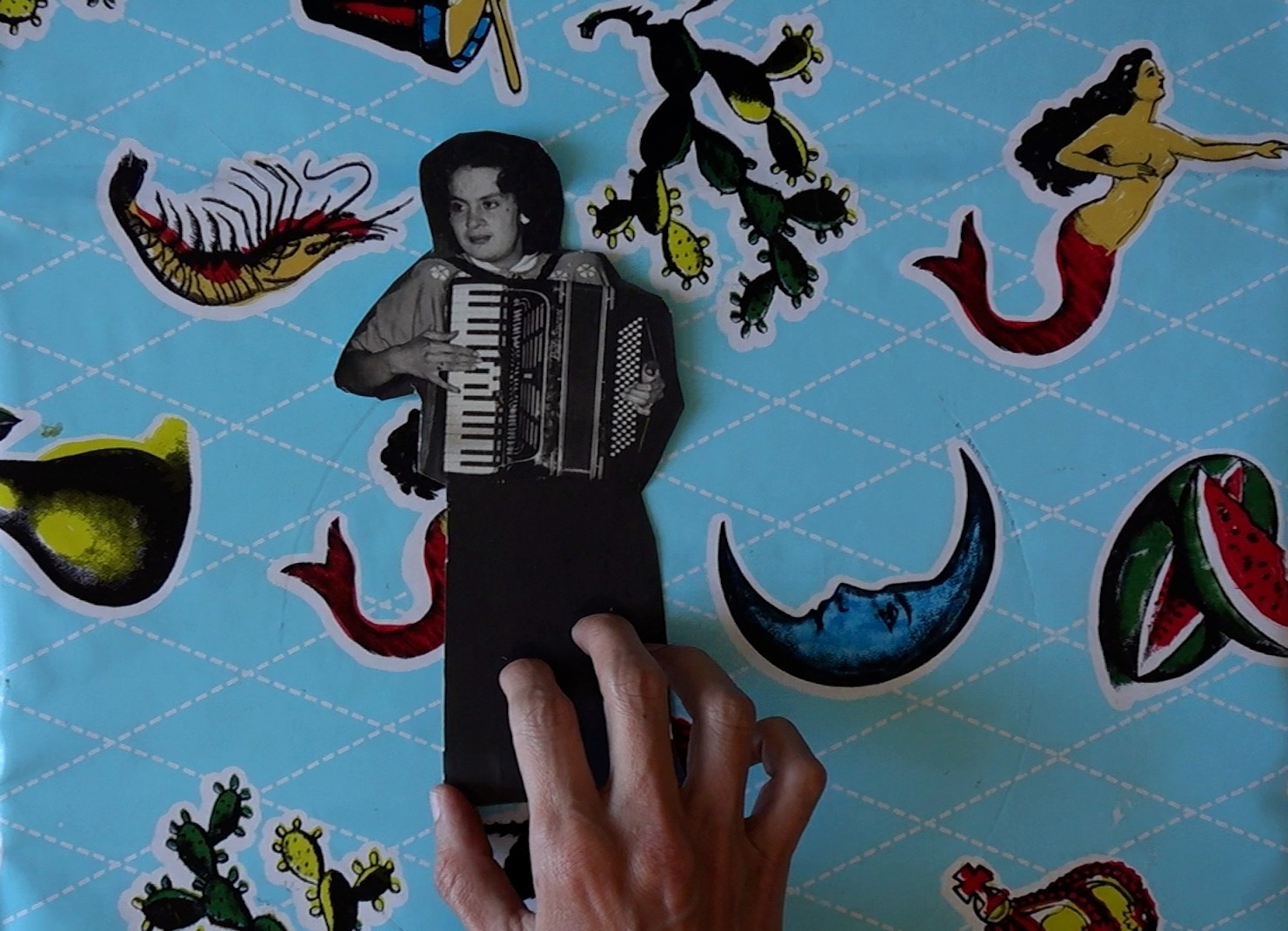 Mand/inga is a performance that entails the projection of an imagined film accompanied by a live reading of its script. Alongside his collaborator Thiago Antunes, Esteban Donoso sets out to create an autofiction device – a genre that moves in-between autobiography and fiction- from digging into personal archives and family stories, revising different documents of family scenes such as objects, photos and dialogues. During the performance, they re-construct a series of short stories and descriptions that resonate amongst themselves.

“Through creating conditions for these stories to be seen or heard, we can glimpse at connecting threads that travel along Latin America (Ecuador and Brazil) and Europe (Belgium). These threads connect us to lingering histories of violence and survival, and the ways in which they have been passed on to us. By continually re-presenting ourselves and reenacting different situations in the space of an imagined film, we opened up a process of constant re-structuring of our self-narrations.”

They see this constant re-structuring as a choreography that looks over their possible ways of appearing as queer, colored, migrant bodies, and furthermore, what becomes visible through the stories that seem only their own.

EC, BE
Esteban Donoso was born in Quito, Ecuador. He studied Clinical Psychology at the Pontificia Universidad Católica del Ecuador and dance at Frente de Danza Independiente. In 2005 he went to the United States to study his MFA in Dance at University of Illinois at Urbana-Champaign. In 2007 he attended Impulstanz in Vienna as a part of the danceWeb Europe Scholarship Programme. He later came back to Ecuador where he started teaching and making his own work both independently and collaboratively.