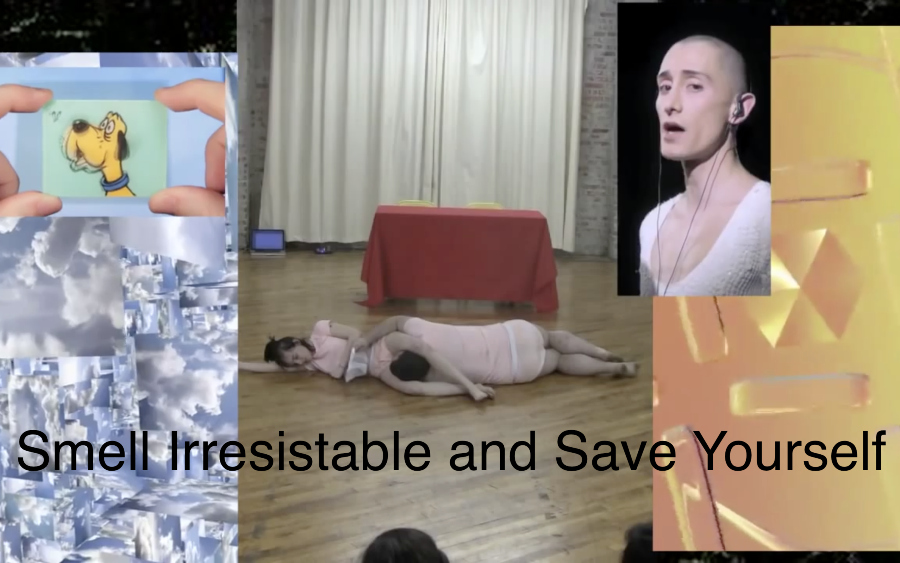 Everything happens so much

Canadien dancer and choreographer Sandy Williams has been an artist in residence at wpZimmer since 2014. In February 2016, he will present Everything Happens So Much, together with French choreographer Julien Monty.

There is a transformative event looming on the horizon of the 21st century. An event that could dramatically alter every institution and aspect of human life, ushering in a new stage of evolution: the Singularity, or the age of intelligent, self aware machines. In this future period the pace of technological change will be so rapid and its impact so deep that human life will be irreversibly transformed. The Singularity promises a merger of the biological and the technological; a world where we are still human but transcend our organic roots. Soon there will be no distinction between human and machine, between physical and virtual reality.

But if we are all to be uploaded and digitized, customized and upgraded, what becomes of the ‘us’ now? The simple, the irrational, the emotional, the distressed? What of our meat-only bodies equipped with slow speech and language, our bodies that tire and wear?

Everything Happens So Much is a piece that rests in the tension between our raw, flawed and unfinished human natures and the pristine potential of a totally digitized destiny. A space where bodies and words, movement and spoken text merge as we stumble towards the creation of a future that may already be assured.

1979 ◊ CA
Sandy Williams lives and works in Brussels. He graduated from P.A.R.T.S. in 2004 and works as a choreographer and a performer.

His earliest collaborations with Jan Ritsema focused on questioning the possibilities and expectations of the dancing body (Blindspot, 2005) and the future of energy and the hydrogen economy (Know2How, 2006).

In 2007, together with Andros Zins-Browne, he went on to create The Kansas City Shuffle, an audience participatory performance in which the viewers were invited to create the piece with the performers by engaging in covert and espionage style narratives. Participants transported secret packages, transmitted code words and surveilled fellow audience members. It was an experiment in social choreography by introducing the participants to potential narratives and allowing them to determine the course of their experience. It was film noir played out in real time by the very audience that was there to watch the performance.

Following this creation, Williams began his work with Rosas and for the next six years he concentrated on the craft of movement and performance. In this capacity, the topic of each creation was not as much his concern as how he could embody it; how his abilities, history and interests could serve the work. He became further fascinated by complexity and causality through the tailoring of one movement to the next and larger choreographic organizations of timing and space.