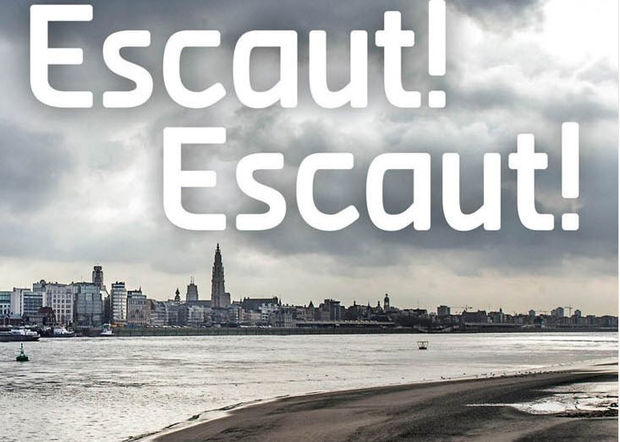 Director and producer Katharina Smets is currently working at wpZimmer on the poetic radio-set ESCAUT! ESCAUT! Een literaire scheldetocht, in association with Verhaeren en Co, and commissioned by Klara (VRT and Letterenhuis Antwerp). This set was generated around the symbolist poets who were born at the shore of the Schelde about one hundred years ago. They were raised in French but received fame on international level: Emile Verhaeren, Maurice Maeterlinck, Max Elskamp, Georges Eekhout, Charles van Lerberghe and Georges Rodenbach.

The poet Emile Verhaeren was a French speaking Flemisch Belgian, born in Sint Amands aan de Schelde. He died one hundred years ago, as he was involved in a fatal train accident. Although he was not very known in Flanders, he was a famous writer at the time. During the radio-set, Katharina travels alongside the Schelde of Antwerp back to the source, in company of Benno Barnard, Jan Lampo, Rik Hemmerijckx, Leen Huet and Maarten Ingels.

1984 ◊ BE
Katharina Smets is an independent radio maker and sound artist with a background in philosophy, philology and theatre science. She has worked for the Belgian radio stations Klara and Radio 1, the Dutch television, BBC World Service and NPR. She teaches audio story telling at the Royal Conservatory in Antwerp and organises evenings around storytelling.