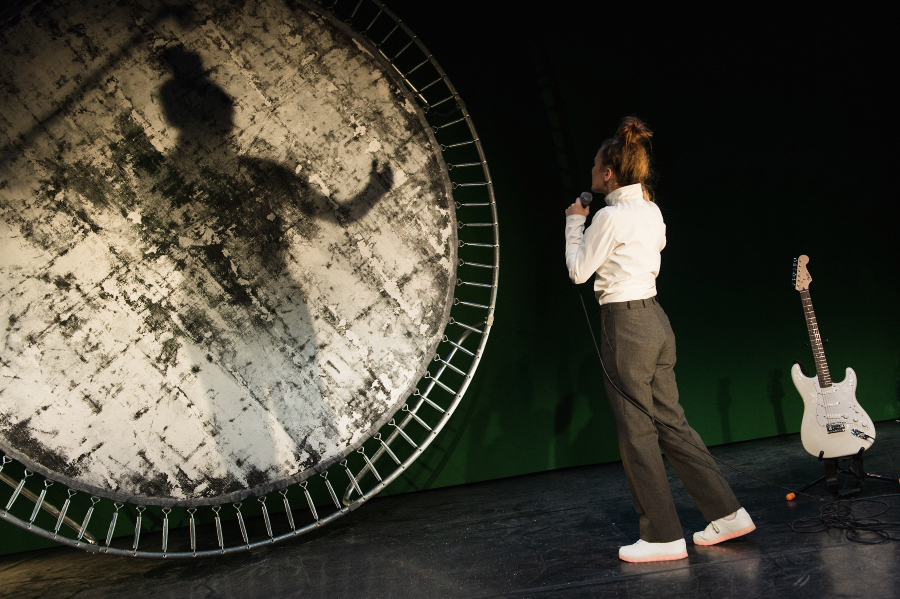 ÉIST LIOM (Listen to me)

For her new research project Listen to me or Éist liom, Zoe Ní Riordáin has started the new idea for a performance in the Irish language. The idea is to make an opera made up of one-side of different conversations in various scenarios. For example, a social worker goes to a house to visit a family, and we hear the questions she asks, but not the responses. Her idea is that there will be multiple performers of different ages, backgrounds, and races that will each perform one of the texts over specially composed music.

“The idea to write in Irish has been with me for a while. I grew up speaking Irish fluently (went to Irish language schools), but neither of my parents are Irish, or spoke the language. I am interested in a new generation of immigrants in Ireland who have been learning Irish as a compulsory language in our secondary schools. I would like to hear their voices, accents and interpretations of a language that I think poetic and beautiful. I am interested in what the results will be when Irish people and ‘non-nationals’ will all be speaking in Irish. I have written some material (conversations and music) and I want to build this material using found text (overheard conversations and articles).”

Zoe Ní Riordáin is researching empathy, how we listen, who we listen to and why. She will be looking at alienation as a theme in the piece, so her research will be informed by immigrant experience. Irish is a foreign language to many Irish people so I want to explore how immigrants connect to a language that is not in use.

IR
http://www.zoeniriordainworks.com
Zoe is an independent theatre writer-director and musician from Dublin. To date, she has made three original pieces of theatre; The Well Rested Terrorist, Recovery, and Everything I Do. Zoe is interested in exploring how music functions in theatre, and the spiritual crisis of connection that is breaking her heart.