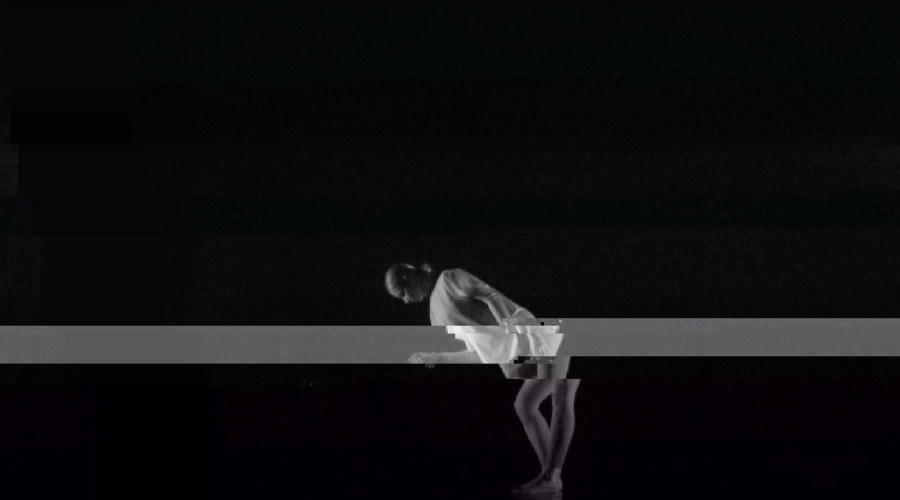 “Everything bounces everywhere with almost no loss.”

It all begins with two lovers. She: an enchanting voice. He: a handsome fellow. And if he, Narcissus, had only looked a bit more at her, Echo, rather than just at himself, there would have been no ‘but’. However, doomed is the love of a couple that yearns more for ones own personal reflection than for each others. Long story short, Echo was torn to pieces and scattered like seeds over the earth. Echo: as if the mountains could answer.

Book of Echoes is the first co-production of Post uit Hessdalen, a young theater/video art collective and the electric guitar quartet Zwerm. Together they search for the reflections, reverberations and memories that are hidden in the places where Echo’s pieces landed. On stage they will bring the two lovers – Echo and Narcissus, sound and image – together again.

What does the myth sound like in the year 2017? Maybe Narcissus no longer looks into a pool of water but into the black mirror of his smartphone instead? And maybe echoes have virtual reverberations nowadays. Internet has tied our fate to Echo’s: every move we make is saved as a binary code somewhere in Bergen, South Carolina or in the Pacific. Memories are reduced to zeros and ones, ready to be multiplied. Stored on several locations just like our brain would do in case of brain damage, to avoid major memory loss. Our lives resonate online throughout social networks and browser histories and the past is available at all times in thousands of images.

Book of Echoes departs from that one memory in a lifetime that changed a state of ‘not yet’ into a state of ‘always been’. This memory that like a drop of water touches the pound, producing ever growing circles and eventually moves the oceans. Book of Echoes is a performance in which live music, soundscapes and video-scenography immerse the audience in reflections and reverberations. It’s a road trip commencing in tunnels and mountains and gradually shifting inwards, deep into the soul, using sounds, fragrances and memories. It is a story about every heartbeat of a lifetime in which the echo resounds, an appeal to the right to be forgotten.

BE
http://postuithessdalen.be/
Post uit Hessdalen is founded in 2014 by cinematographer and circus artist Stijn Grupping and theatre maker Ine Van Baelen. Together they form the artistic core, but for every new creation they involve other artists. In such a temporal collaboration they search for a common language, that is visual, spatial and musical. So far, they have created with musicians-composers Frederik Meulyzer, Claron Mc Fadden, Els Mondelaers, Berlinde Deman, Zwerm en Thomas Smetryns, the choreographer Karolien Verlinden, the dancer Charlotte Goesaert, scenographers Lucas Van Haesbroeck and Reinout Hiel and photographer Liesbet Grupping.

BE
http://www.zwerm.be/
Zwerm (Toon Callier, Johannes Westendorp, Bruno Nelissen and Kobe van Cauwenberghe) is an electric guitar quartet based in Belgium and founded in 2007. Over the years the group has collaborated with various composers, performers and visual artists. Zwerm has never strived for a one-sided artistic profile. During the past ten years the quartet dallied between pure noise-impro, English renaissance music and contemporary composed music. The common denominator being not so much a particular stylistic view but rather a shared curiosity in all kinds of music.