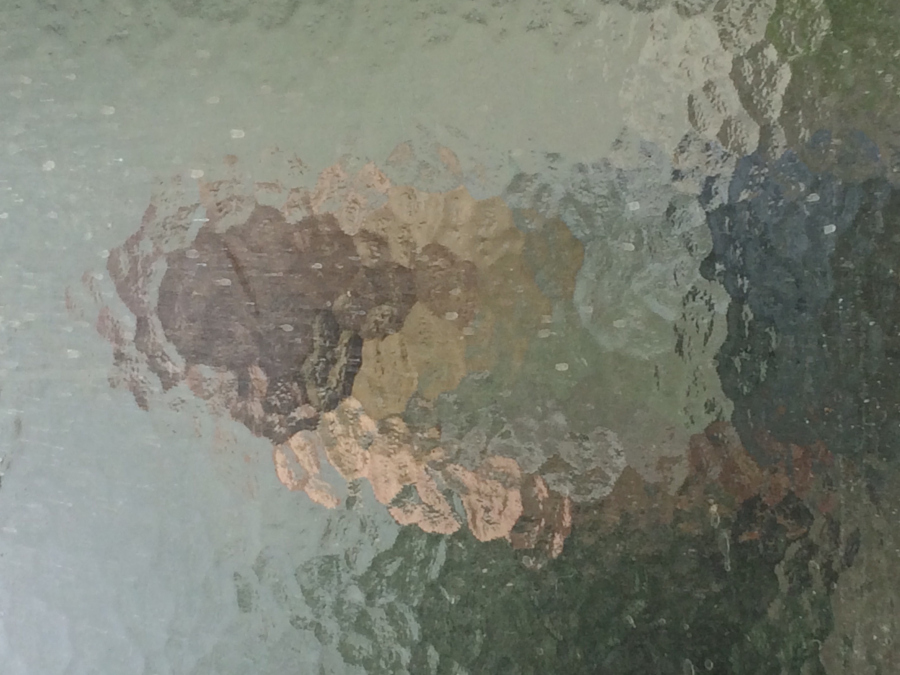 Joanna Lesnierowska, Aleksandra Borys and Jan Maertens will be investigating the idea of a blur in the context of body and choreography. The principle of the blur has been introduced into the tradition of European painting since the 15th century (e.g. Da Vinci’s sfumato technique). However, it is only after Gerhard Richter, in whose work the phenomena of out-of-focus and hazy images took such a dominant role,  that the blurred surface has become a central characteristic in both figurative and abstract paintings and in photographs. Artists employ the means of blurring consciously and in different combinations.

Blurred surfaces, dissolving contours, hazy appearances, indistinct motifs in a state between apparition and dissolution, aspects of colour and composition: with this in mind, the three will enter the studio to look for the possibility of a ‘blurred’ body (quality) and choreography (composition). A blurred image confuses the viewer – and demands closer examination. As colours/shapes blend with light, it is for the beholder to fill in the details with the help of his sensibility, personal memories and imagination.

This research was initiated in 2013 with the minimal award-winning solo INSIGHT (co-created with and for Janusz Orlik). It has continued with the work on postmodern melancholy and everything ‘hopperesque’ in contemporary culture (…/rooms by the sea, 2014) and will hopefully find its final installment with the solo BLUR (working title) to be opened in Spring 2017.

PL
Joanna Leśnierowska is a Polish dance curator, dramaturge and performance-maker. She was one of the first professional dance writers for leading Polish theatre journals, published on Polish dance abroad and lectured on choreography at the University of Poznan and Jagiellonian University in Cracow. In 2004 she founded a dance space and choreographic development center within Art Stations Foundation / Stary Browar Art Centre in Poznań. She regularly invites international avant-garde choreographers and intensively supports the creations and professional development of Polish choreographers and dancers. From 2011 until 2014, she was a member of the program advisory board of the Music and Dance Institute in Warsaw.

Parallel to her curatorial work, Lesnierowska develops a practice as dramaturge and performance artist. She worked with artists such as Arkadi Zaides, Lia Haraki, Márta Ladjánszki, Jurij Konjar, Janusz Orlik, Renata Piotrowska and Maria Stokłosa. She was the co-founder of the performance collective Towarzystwo Gimnastyczne / Gymnastic Society, within which she created whatever you wish (2003), Foreignlanguagesness (2005) and NOTHING (2007). In 2011 she created her first own performance, Reconstruction. In 2013 she worked with Janusz Orlik on Insight, which was awarded the Best Choreography prize at the Polish Dance Platform in 2014.