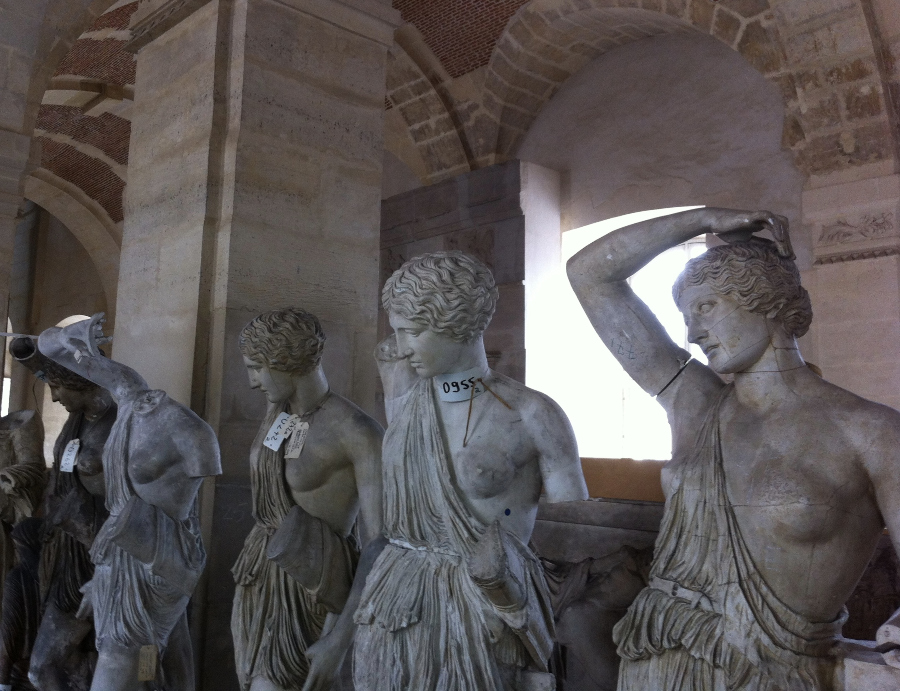 ‘The thread of tradition is broken, and we have to read its authors as though no one had ever read them before.’

The Kingdom of Shades is a series of experiments on the vocabulary of ballet. Through various strategies, Noé Soulier tries to disrupt its inner logic and to make it visible spatially and temporally. He has only used classical ballet steps in order to focus the attention on the way the movements are put together. The use of ballet vocabulary is thus a means for the exploration of this very vocabulary.

In the first sequence, the steps follow the alphabetical order: arabesque, attitude, assemblé… The ballet system is quite resistant to this kind of manipulation. If one associates two ballet steps, it will usually produce an acceptable transition. He is trying to test that resistance by using different ways of associating steps. Thus the next sequence is composed only with preparation steps. They are the linking steps, the ones that allow you to do another step such as bending your knees before a jump or opening your arms before a turn. The dancer tries to do these movements as if he would really perform the turn or the jump and to interrupt himself at the last moment by initiating a new preparation. This gap between the intention and the action of the dancer makes visible the way he anticipates the movement to come.