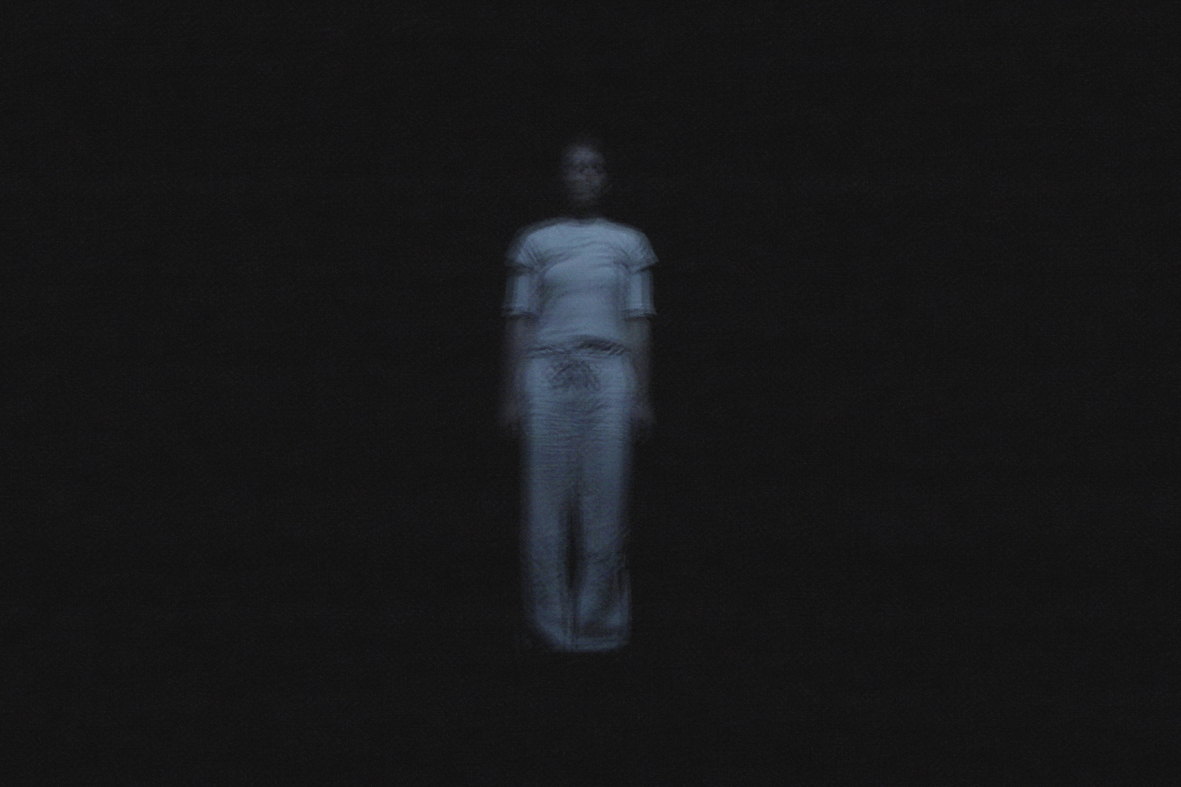 Choreograph and dancer Dolores Hulan and designer and plastic artist Carl De Smet work together on Performing Qualia |2, a performative installation that wants to investigate the combined action of mechanical perfection and human performance.

In a dimly lit space abstract movement patterns appear as grafic designs in a two-deminsional space. These patterns have both mechanical as human origins. Performing Qualia|2| tries to coincide man and machine. A challange for our perception.

‘Qualia’ are the building blocks, the basic elements of our sensations. They are the indivisible ‘atoms’ of our perception. Does the color red for instance look identically the same to individuals or not? In what way are our sensorial perceptions subtly different from one person to another

Dolores Hulan and Carl de Smet create choreographic worlds that act as closed systems, where unencumberance and sensitivity can be refined. It is a miniature universe that puts the ‘qualia’ in a scope of possibilities. Something one would normally be experiencing just with closed eyes, is now outside the spectator. Story, emotion and image blur into a single dynamic process whilst dance and installation generate the invisible power of the spectacle. What remains is an experience freed from concrete actions or a narrative line, instead it wants to give the possibility of varying interpretation and imagination.