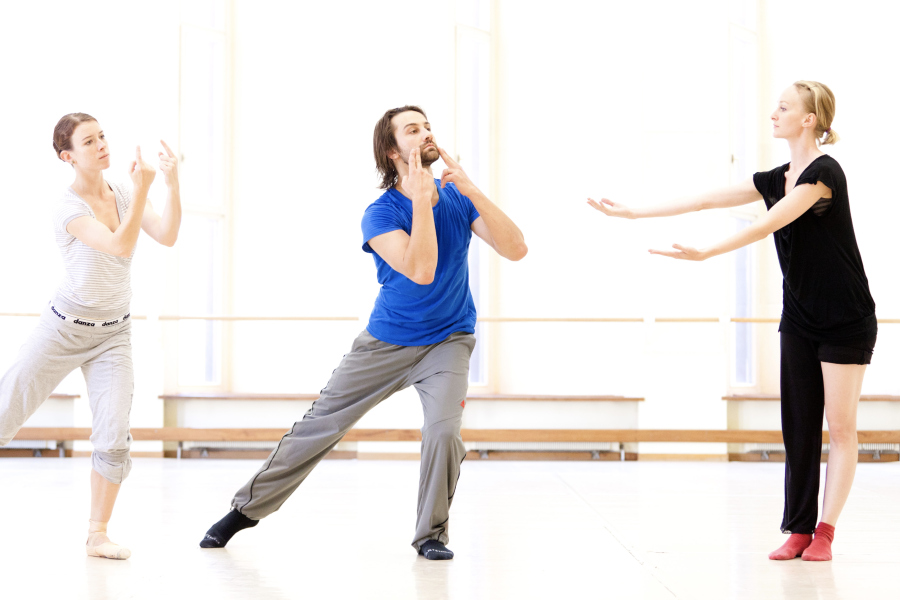 After winning the first Danse Elargie Award in 2010, Noé Soulier was commissioned to work with four dancers of Le Ballet du Rhin. For D’un Pays Lointain Noé takes the balletpantomime as a starting point. As a movement language highly affected by the logic of spoken word, today, pantomime is one of the aspects of ballet that appears most outdated. But precisely this tension between movement and language, between convention and imitation, offers the potential to readdress the processes by which we assign meaning to the world around us. By slightly distrubing the inner codes of the pantomime, the body can become a source of multiple messages, completing, contradicting or transforming each other. As a physical polyphony, D’un Pays Lointain locates meaning not in the message itself, but in what it tries to avoid: friction between elements, and the actual tension between the visible and the audible.