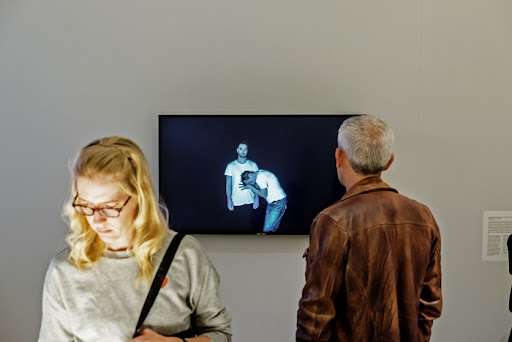 Ted Oonk is a Dutch contemporary artist who lives and works in Belgium. She received a MFA in Photography from St.Joost Academy in Breda. She also holds a MA in Filmstudies and Visual Culture from the University of Antwerpen.

The work of Ted Oonk is mainly centered around the many ways we both mask and bring to light vulnerability, standards and norms in our visual culture. Her artistic practice probes in that regard for a specific sensitiveness concerning socio-cultural and normative representations of the stereotypical other, but also plays with notions of the human necessity to categorize and use standards. One question guides her work very much: If the act of looking is marked by (often one-sided) normative representations, how can photography and/or video provide for pluralistic or critical ways to look at visual material?

The multidisciplinary project CONTOUR is a collaboration between artists Ted Oonk (NL) and Su Jung (KR). After spending the last five years on forming an archive, which contains letters, text, imagery, audio and video-works, the necessity arose to complete the project. After those five years the true essence of CONTOUR has become apparent.