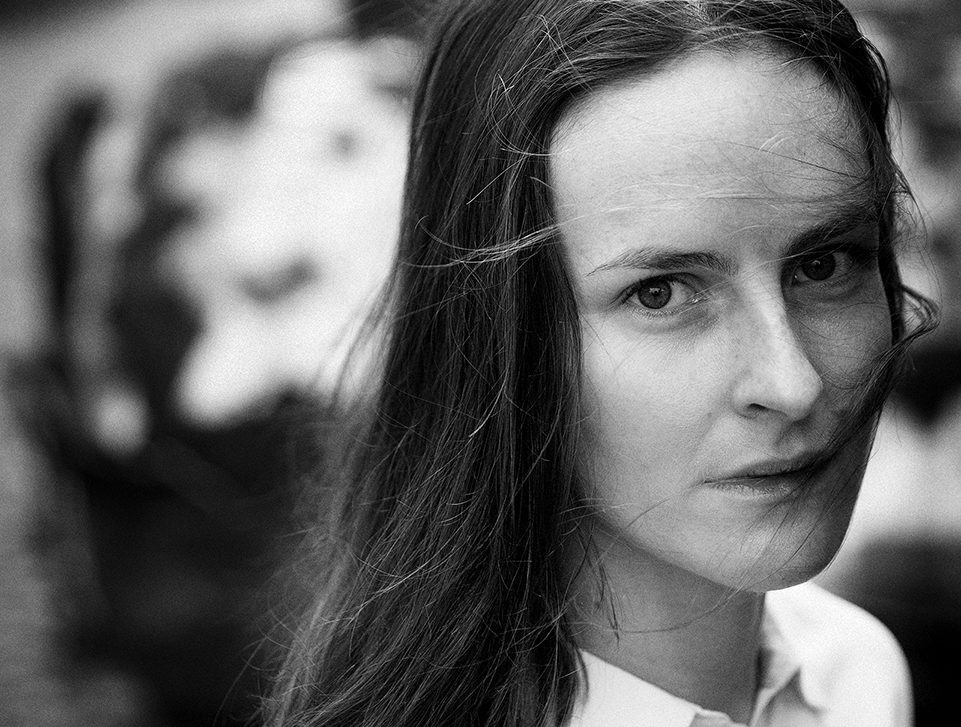 Scarlet Tummers graduated as a performer from the RITCS in 2014. She has been a guest in productions of De Warme Winkel, Wunderbaum, KVS, Simon De Vos and Fabrice Murgia, among others, and was part of the company le Mouton Noir until 2017. She’s a guest teacher at KASK, P.A.R.T.S, LUCA School of Arts and the Antwerp Conservatory.

She performed in De Kerstentuin by tg STAN, was in the artistic team of Somnia (a co-production with Rosas, P.A.R.T.S. and KFDA) and during the last season she made her own production “A Separation” under their wing – which will be touring starting in Antwerp on November 26th. This season she will be co-producing “Jerusalem” with Atta Nasser at STAN – you can follow some of their progress they made at tg STAN here.

She will also be seen in Zuidpool’s new production this season: WAR OF THE BEASTS AND THE ANIMALS.

Reflecting on where they come from and what kind of world they grew up in, Scarlet Tummers and Atta Nasser question what doing and pursuing Good means to them and what forms it could take. They radically do away with any imposed truth.