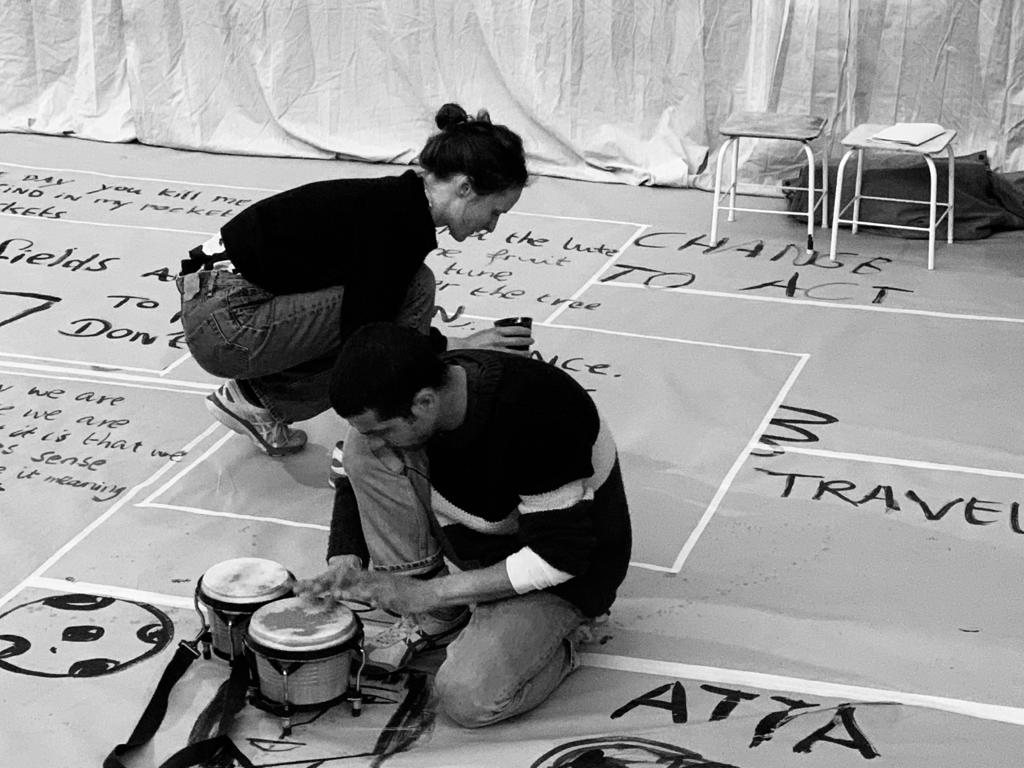 Reflecting on where they come from and what kind of world they grew up in, Scarlet Tummers and Atta Nasser question what doing and pursuing Good means to them and what forms it could take. They radically do away with any imposed truth.
Slowly the religious frameworks fall from their shoulders and they build a new framework of their own in which love and humanity reign. Can they dare to be political and revolutionary with that new framework and try to change the world or to start small: the thinking of the public? Or do they thereby fall into the trap of becoming that which they have just so strongly opposed? And what happens when reality seeps more and more into their theatrical imagination? Do they give up? Is their struggle pointless? And should they call it a struggle? Jerusalem is a contemporary search for meaning.

1990 ◊ NL
Scarlet Tummers graduated as a performer from the RITCS in 2014. She has been a guest in productions of De Warme Winkel, Wunderbaum, KVS, Simon De Vos and Fabrice Murgia, among others, and was part of the company le Mouton Noir until 2017. She's a guest teacher at KASK, P.A.R.T.S, LUCA School of Arts and the Antwerp Conservatory.