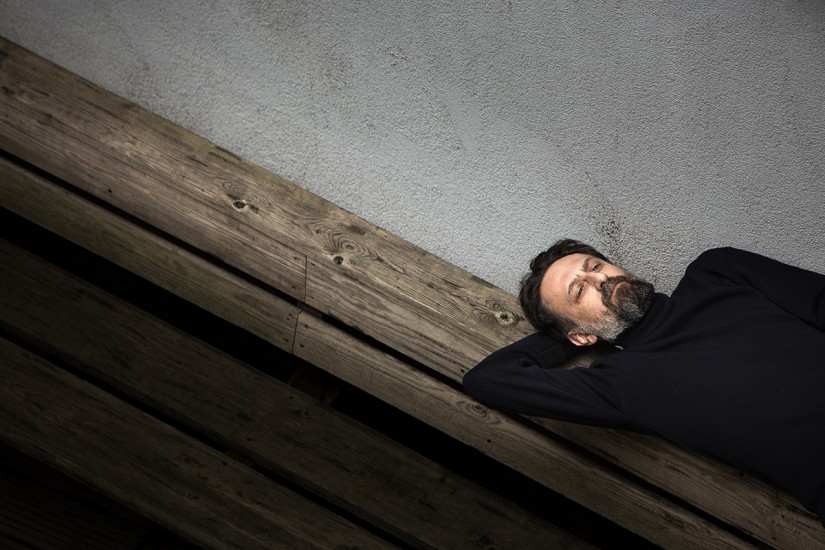 The director and theatre-maker Mesut Arslan grew up in the Turkish city of Izmir. At the age of twenty he flew to Belgium on his own. After a few years he concentrated on the theatre and set up his own company, the Anatolië Theater Groep (ATG), which was most successful among the Turkish community. He gradually developed a style of his own that evolved towards a visual idiom into which language was incorporated in an experimental way. He regularly collaborated with visual artists, such as Lawrence Malstaf, and this came to characterise his work. For ‘t Arsenaal/Lazarus in Mechelen he directed IJdele dagen, Fikry El Azzouzi’s first play.

ATG then changed its name to Onderhetvel. With this company he staged an adaptation of Room and the Man by the Flemish author Eric De Volder. In addition, he also set up Platform 0090, a workplace and hub for research into, and the creation and presentation of multidisciplinary art with references to the Midwest.

Since 2017 Mesut Arslan is an associated artist in KVS. For his first KVS creation, Mesut Arslan returned to his theatre hero Eric De Volder to tackle Nachtelijk Symposium. He also worked on the production Kamyon, together with Michael De Cock.

Mesut Arslan directs Betrayal, Pinters classical play about a triangular relationship that goes against time and starts with the end of the adultery.