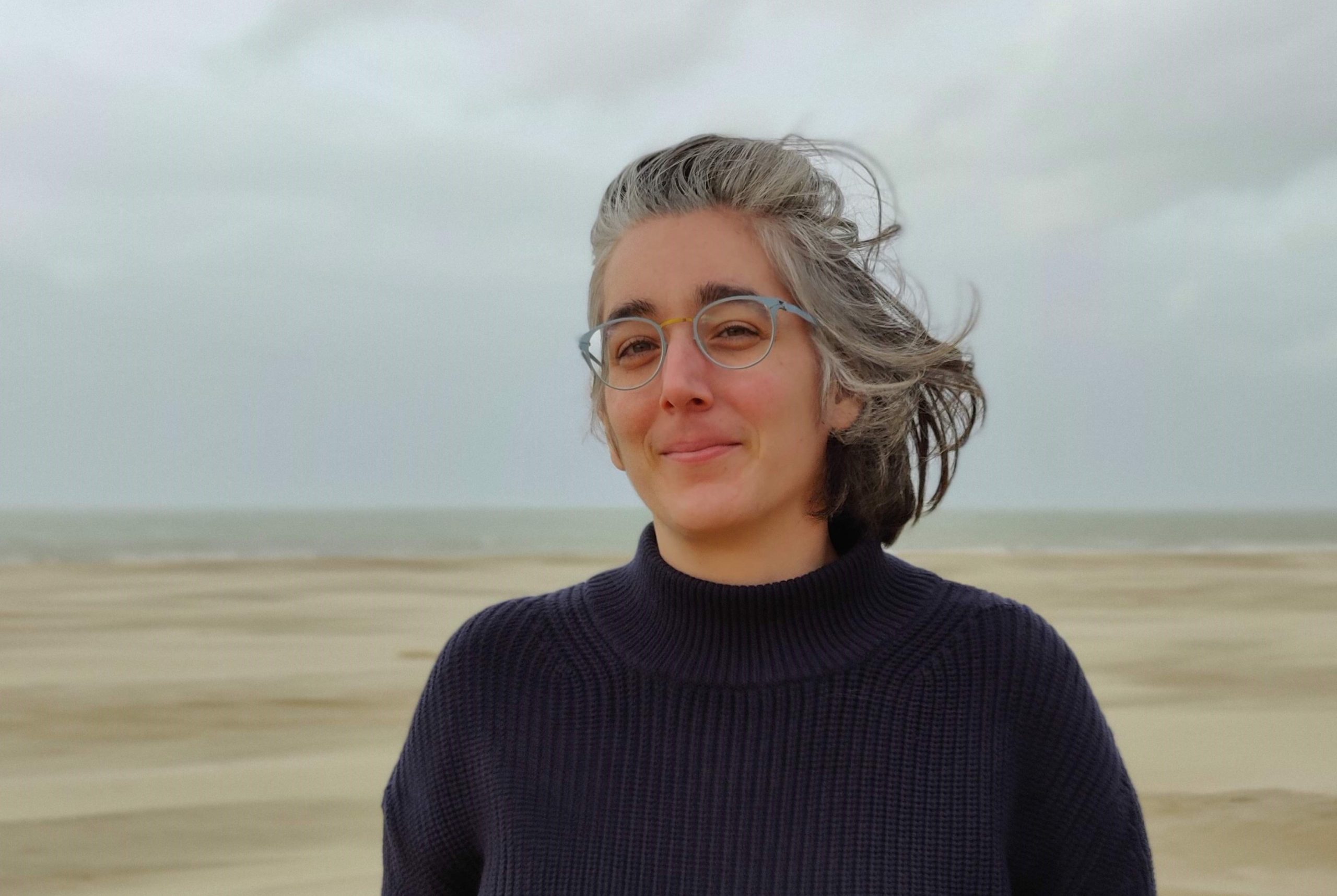 Marialena Marouda is a perfomance maker based in Brussels and Frankfurt am Main. She studied philosophy and visual arts at Columbia University in New York and continued her studies at the Institute for Applied Theatre Studies at the University of Giessen. In May 2018 she completed the Advanced Performance and Scenography Studies (a.pass), a program for artistic research in Brussels.

Marialena focuses on relational knowledge practices and their performances. She works primarily with language and (its) sound. Her work is developed over the long term and is research-based. It takes place outside and beyond the black box, often developed in situ. She is the initiator and artistic coordinator of The Oceanographies Institute (2018-present), which has been collaborating with various festivals and workspaces in Belgium and Germany.

Previous works include Poetry Exercises: a choir of urban sounds (2017) shown at the International Festival for Performing Arts in Terni (IT), Poetry Exercises: an archive of (un)familiar things (2013-16) presented during the Festival Implantieren 2016 in the Institute for City History at Frankfurt am Main, and Walking Exercises (2010-13), shown at the Künstlerhaus Mousonturm in Frankfurt am Main and the Sophiensaele in Berlin. Marialena is collaborating with choreographer Fabrice Mazliah on the Manufactured Series (2019-present). She has also collaborated with the choreographers Deufert&Plischke for their works Entropic Institute (2012) and Anarchiv I (2008). As a writer and critic, she has written for the Performing Arts Journals MASKA and Etcetera a.o.