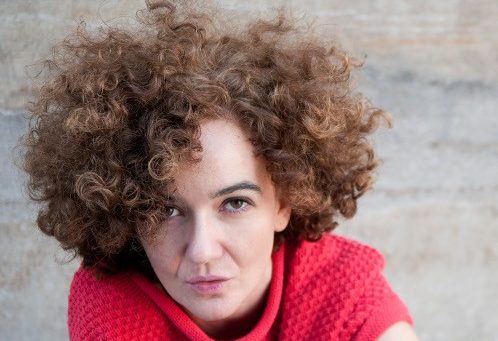 Her work travels “between” choreography, cinema and visual arts. Since 2004, she has made pieces that explore the relationship with the spectator as the space in which the modes of representation are put into crisis. From El Caso del Espectador to her last pieces Blob, Yabba or The Stain this relation has mutated from a place of “understanding” of theatrical and cinematographic conventions, that is, from the expertise, to the intentional loss of references where the artist, the piece and the spectator behave towards each other as strangers.

She made the films: The Boogie Woogie Ghost (2018) with Silvia Zayas, Maria Gaat Naar School (2017) with Edurne Rubio and The Movie (2008) with Cristina Blanco, Amaia Urra and Cuqui Jerez.

Her work is supported by apap-Performing Europe 2020 – a project co-founded by Creative Europe Programme of the European Union.

Between the scenography of an opera and a cloudy valley, between geology and an amusement park, A Nublo is a story with difficult-to-identify characters because they are not people, nor animals, nor monsters, nor gods ... but phenomena.