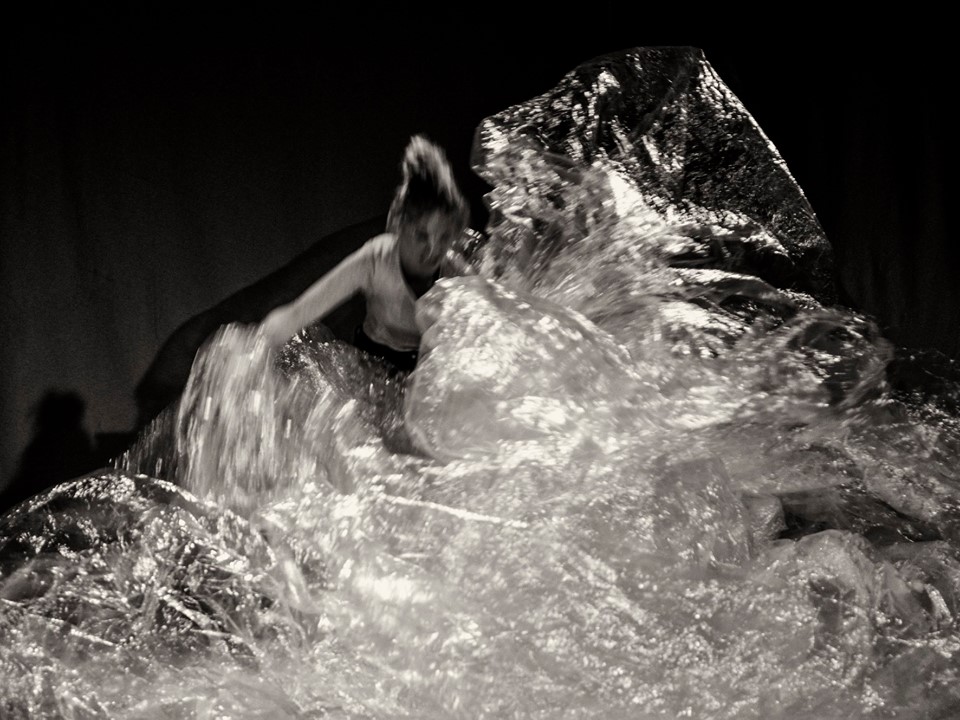 Lize Pede is an actress, director and visual artist. She has a Master’s degree in Visual Arts and Performing Arts from KASK/ School of Arts Ghent.

Her work positions itself on the thin line between the visual arts and theatre. It typifies itself as a hybrid art form: a mix between the mobile, the changeable and the theatrical, like it assembles in her human installations or living sculptures. A sculpture is a motionless image in space, formed by the addition and/or removal of matter. Further a sculpture is, once it has taken shape, unchangeable – it is what it is. Lize her sculptures, on the other hand, are changeable in time and space – through the perception of the viewer and/or through the manipulation of interpreters and performers.

Each individual is ‘a living body and soul’, a unique material – and Lize her sculptures, images and theatre movements are therefore again and again ‘a work in (e)motion’. She gives the audience the freedom to reflect for themselves and to give meaning to the objects or performers: what it does to them personally, apart from the traditional, restrictive theatrical audience constellation. The audience can, for example, be around the scene or move around freely, so that the work can be viewed from different points of view, depending on what captures their interest.

She gives time to the emotion, the humour, the amazement and the playful, to let images speak for themselves and to be freely interpreted by the viewer.

It is precisely in times of over-excitement that Lize sees tranquillity as a target.

For ISLAND OF SLOW Lize Pede explores the sound and shape of cellophane plastic. She is intrigued by the question: how can we experience empathy for a non-living, material object?