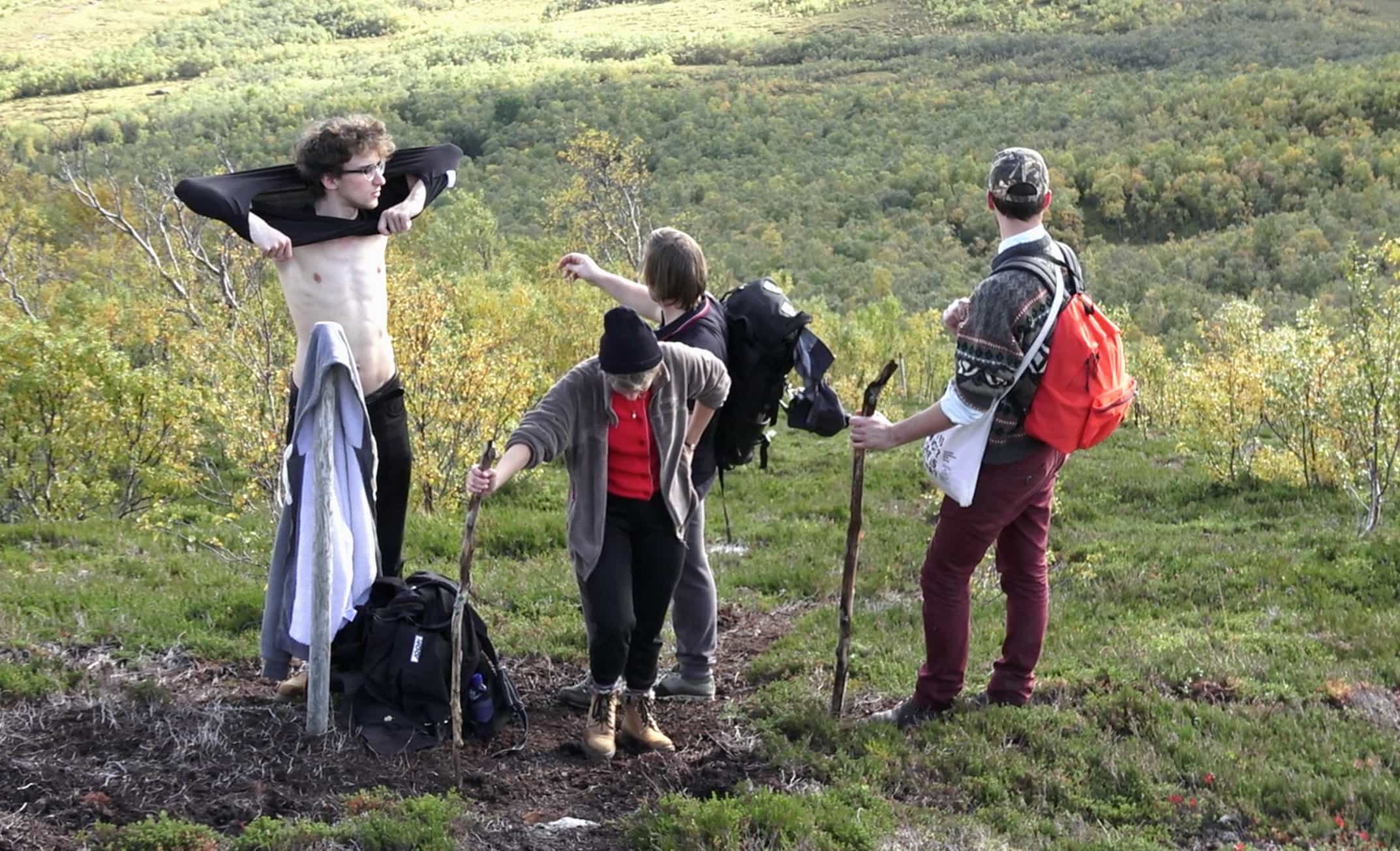 Originating from theatre, plastic art, illustration, their artistic approach is at a crossroads of different interconnected mediums, a dialectic approach of illusion and reality. Categories become porous and projects become tentacular and proteiform. Their research follows a reflexion on the notion of exploration, whether it be material or abstract. They explore different mediums and new technological means in order to immerse the audience in a singular universe. Their creations invite to a discovery of imaginary and fantastic microcosms, as well as cosmic and temporal trips, to work on an audience’s perceptions and sensations.

Their artistic projects are based on contemporary dramatic texts, but they also do original creations that are non-theatrically inspired and aspire to reach audiences of all ages with a playful approach to the stage. The transborder and international aspect is a key focus of this artistic formation.

Together they create performance/immersive installation Jungle Space in America, freely inspired from The Oneiric Quest of Unknown Kadath by H.P Lovecraft. The installation was presented at the Halles de Schaerbeek in Brussels during Visions festival in October/November 2016, and at the Halles Verrière in Meisenthal in May 2017. They created the show Some forgotten dream, written by Oriza Hirata and directed by Camille Panza at the Chartreuse of Villeneuve-lez-Avignon, in KIAC (Kinosaki International Arts Center) and Komaba Agora theatre in Japan in April 2017, at the 140 in Brussels in January 2018 and at the Emulations festival in Liège in March 2019. This show was nominated by the Belgian Critics Award for best discovery of 2018 and will be performed at Toyooka international festival in September 2020. The installation version Oubliés was developed in collaboration with the Puzzle, a site of digital experimentation in Thionville, and was presented in the Eglise des Trinitaires in Metz during the Musiques Volantes festival in November 2017 and at the Halles St-Géry in Brussels during the Topographie de la Subversion exhibition, in collaboration with Agnes B Foundation.

Ersatz has initiated collaborations with artists from different disciplines to develop their imaginative possibilities. Alongside Hong Kong dancers Mao Wei and Tracy Wong, they create the immersive performance The Blast of the Cave at the Halles de Schaerbeek in Brussels and at the Hong Kong Arts Center, then at the Macao Arts Festival in April 2018. They are currently in collaboration with Quebecker company Création dans la chambre for the conception of the all-audiences (7+) Au Jardin des Potiniers. This show is co-produced by the TNG in Lyon and will be finished in November 2021 during the Micro-mondes festival. Advanced steps will be shown at the Théâtre de Liège during IMPACT festival, at the Centre Wallonie-Bruxelles in Paris (end of 2020) and at the Carreau in Forbach in 2021. Performances dates are also planned at the Théâtre de la Chapelle in Montréal in 2021.

Tomber du monde finds its origins in a documentary research on the life of Norwegian polar explorer, oceanographer, zoologist, diplomat and first High Commissioner for Refugees in the turn of the twentieth century, Fridtjof Nansen.